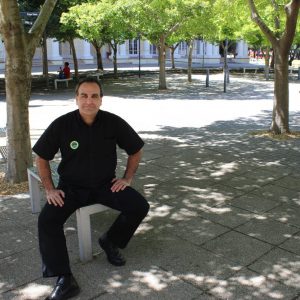 Businesses in bid to save water, says IOL

Some city business are doing their bit to reduce or recycle water as dam levels drop to an all-time low and water restrictions are tightened in the face of a growing crisis.

The Level 3B restrictions came into effect on Wednesday February 1, as the City tries desperately to get residents to lower their water consumption. Watering times for gardens and open spaces are now restricted to Tuesdays and Saturdays before 9am or after 6pm for a maximum of an hour using a bucket or watering can.

There will also be no watering of gardens within 48 hours of rainfall that gives adequate saturation, as opposed to the previous 24-hour period.

Washing vehicles or boats with drinking water is prohibited. Vehicles must now be washed at a commercial car wash or with non-potable water.

It has increased the use of drip irrigation wherever possible, and during the rainy season, the system is turned off.

“We only irrigate during the night or in the early hours of the morning,” said Ms White.

“Under the Level-2 water restrictions, the Waterfront watered mature plants twice weekly and all grass and younglings three times a week. This led to a 30 percent reduction in water consumption.”

Ms White said seawater was used to cool the buildings, and water leaks across the precinct were prioritised.

“Waterless urinals and water-efficient plumbing accessories, such as sensor taps, have been installed in all bathrooms,” she said, adding that water from two boreholes irrigated the property.

“We are currently investigating the use of this water for other purposes.”

However, he said, the maintenance team had traded in its hosepipes for buckets and watering cans. The CCID’s CEO, Tasso Evangelino, said some Cape Town CBD developers were also doing their bit to save water.

“The Twinell building redevelopment, for example, has dry water urinals, and grey water is recycled for irrigating the building’s plants.”

The Townhouse Hotel has also been leaving buckets in guests’ rooms to collect grey water.

Haafizah Jefferies, of the Townhouse, said the hotel was encouraging guests to shower with a bucket. “The excess water is used to water the gardens at the hotel.”

Fedisa Fashion School has a rooftop garden with a fountain. The school’s director, Allen le Roux, designed a system that distributes waste water from the fountain to the entire garden. No hosing is needed.

Xanthea Limberg, mayoral committee member for informal settlements, water and waste services, and energy, said: “We need a much greater effort, and we call on everyone to work together to protect this precious resource which cannot be replaced.

“Water consumption remains far too high among many users and in many areas, and it is time that all residents and businesses take the water crisis seriously.”

She said City officials would be putting pressure on the top 20 000 water users to lower their consumption and comply with restrictions.