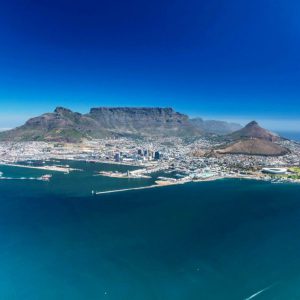 Smart City strategies are not only essential for each South African municipality to ensure its success into the future, but could place our collective cities at the forefront of Smart City development worldwide, writes Carola Koblitz.

In its March 2015 edition of in.KNOW.vation, the South African Local Government Association (SALGA) featured an article on Smart Cities, noting that they “are the future. Creating the municipalities of tomorrow means smart strategies and smart implementation […] The Smart City brings a whole new way of approaching municipal planning.As part of what has become a universally accepted understanding of the concept, 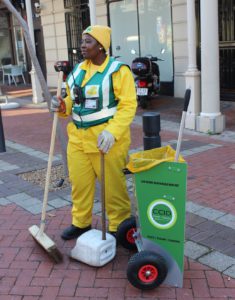 Smart Cities will be those that are able to transform themselves to deliver a quality of life for all its citizens; an integrated approach to improving the efficiency of municipal operations while leveraging natural resources in the best and most sustainable way; and a growing economy.Broken down into measurables, a city is deemed to be smart in terms of the emphasis it places on human capital, social cohesion, economic development, public management, good governance, environmental performance, mobility and transportation, urban planning, international outreach, and technology.

In other words, the Smart City concept looks at innovation across the broadest spectrum of urban development. At its core, it is the prediction that by 2050 the world will have a population of 9.6 billion, of which 70% will be living in cities. In turn, the World Bank believes that 75% of the infrastructure that will be needed by then has yet to be built.Based on this last point alone, it could be assumed the western world would already be light years ahead of Africa; but our continent is at an advantage on a significant number of fronts, according to a 2014 report titled Africa is ready to leapfrog the competition through smart cities technology, written by associate director at Deloitte Africa Denise Lee.This report refers to African cities as “transitioning cities”, and the advantages over their western counterparts are significant.For one, they will not suffer the same crippling costs associated with the maintenance of ageing infrastructure and the need to build the new over the old. For another, they are undergoing rapid urbanisation and population growth, but also have relatively young consumer populations (62% of the population under 25 years of age) and a strong, rising middle class.Then, says Lee, include the entrepreneurial culture of African people into the equation: “Africans operate within an environment where anything and everything is possible. This can-do approach has resulted in African businesses being recognised globally for innovations made within industry.”Add these all together and you have among the biggest drivers towards adopting smart city ideologies.

Several large international corporates are recognising the value of Smart Cities to the survival of their own businesses too. IBM, for example, began working on the concept in 2008 and since 2010 has been involved globally in its Smarter Cities Challenge (SCC), which deploys the company’s top experts across the world to help municipalities address their most critical challenges in terms of being ‘smart’.SCC is based on IBM’s understanding that as cities grabble with the concepts around becoming ‘smarter’, support from their citizens for the strategies being envisaged will be essential to their successful rollout. Worldwide, 130 cities have benefited to date from the programme, with 11 of these being in Africa and four in South Africa—Durban (2014), Cape Town (2013), Tshwane (2012) and Johannesburg (2011).

This bodes particularly well for South Africa considering that our National Development Plan (NDP) identifies the same smart city measurables to position the country as a globally competitive location. These include the establishment of effective, safe and affordable public transport; producing sufficient energy to support industry while at the same time reducing carbon emissions; and ensuring long-term environmental sustainability.With so much to achieve, where does a city start on its road to becoming ‘smart’? In the Deloitte report, Lee notes: “The establishment of a Smart City is not a one-stop process; it is a journey. This journey is completely dependent on the maturity status of each individual city, supported by the political and societal appetite for development.”While a number of major South African metros have begun their official Smart City journey, 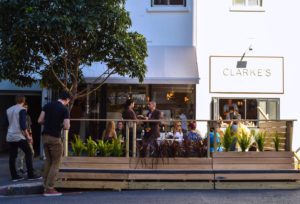 Cape Town is arguably leading the process. Nearly halfway through the rollout of its official five-year Smart City strategy, and in terms of its human capital and social cohesion, in 2015 it had the country’s lowest unemployment rate (at 23.9%, against the national average of 34.9%) as well as South Africa’s highest rates of literacy and matric passes.Its economic development, public management and good governance initiatives have also been recognised. A year ago, Moody’s noted the City of Cape Town’s “good budgetary performance, strong liquidity position and moderate debt levels”. The international ratings agency gave the City a long- and short-term Global Scale Rating of Baa2 and Prime-2 respectively, as well as a long- and short-term national scale rating of Aaa.za and Prime-1.za, making it the municipality with the highest possible level of credit quality within the national context.The rating further reflected the city’s “prudent financial policies and its relatively large and diversified economic base.”

Alderman Ian Neilson, noted: “A favourable rating gives investors confidence in the financial leadership and management of this municipality.”International management consultancy McKinsey, in its 2011 report “When cities rule the world” (Parag Khanna), cited Cape Town as an example of being a “Gateway City”—one of the three kinds of cities driving the new urban topography (the other two being global hubs and mega-cities).In turn, the city’s traditional CBD is seen as the “gatekeeper” that’s driving the city towards both its “gateway” and Smart City status, as it experiences massive re-urbanisation and economic revival (having turned back from disinvestment in the late 1990s). The CBD generates 25% of the metropole’s entire economy and employs 30% of its workforce. The 2015 edition of The State of Cape Town Central City Report, produced by the Cape Town Central City Improvement District (CCID), notes that property values in the area have increased from R6.127 billion in 2005-06 to R23.725 billion by 2014-15, and are estimated to rise conservatively to R32 billion by 2020.Along with the rise of investment over the past 10 years has been the pull of residents into the CBD: while back in 2005, the residential population stood at only around 750, today it is an estimated 7 000. The chairperson of the CCID, Rob Kane, notes that a report published in May 2016 by Stats SA outlines the CBD’s social cohesion as being the most inclusive of all South African CBDs: “Of these residents, 49.5% are black African, 12.6% are coloured, 4% are Indian/Asian and 28% are white.”

Substantial infrastructure is also being rolled out in the CBD. The MyCiTi bus rapid transit network was introduced in 2010. With the main station located in the CBD, operations today cover 31 routes with 36 stations and over 500 stops, servicing close to 48 000 passengers each weekday. A pilot project is also underway to roll out free Wi-Fi for all passengers.The CBD is also where another smart city innovation is being piloted, one that Kane says will be a “real game changer” for the area. With the city investing R1.7 billion over seven years in the creation of its Municipal Broadband Network, primarily to connect its own buildings and facilities, the network has now reached the stage where it is robust and extensive enough to be leveraged by the private sector. With the city’s ultimate vision to allow access to the municipal network across the metropole, the CBD pilot project itself will see over 1 000 private buildings connected to speeds of 1Gbps by June 2021.

With a 2030 goal date in mind, Durban also has a number of smart city initiatives on the go, including energy, transport, ICT and education. Commenting in September 2015on the eThekwini Metropolitan Municipality’s 2015-16 financial year in terms of its commitment towards becoming a smart city, Mayor Nomvuzo Shabalala said: “R1.2 billion is set aside for transport, which includes the Integrated Public Transport Network, while R1.4 billion is committed to water and sanitation and R900 million to general engineering services, R836 million to electricity and a further R750 million to housing.” 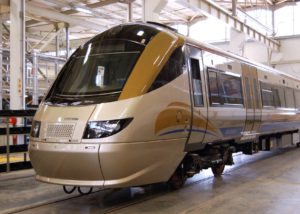 In terms of transport, it will soon begin implementation of GO!Durban, which, at an estimated cost of R20 billion, is expected to connect 600 000 commuters to nine public transport corridors by 2027.Addressing climate change, eThekwini’s Energy Office has a pilot project to install two 150kW turbines for assessing the impact of wind energy, as well as ‘Project Eos’, which will enable the collection of data around the installation of rooftop solar photovoltaics to better understand their use.Johannesburg’s 2040 Smart City Strategy focuses to a large extent on ‘connectivity’ across a broad spectrum. Firstly, in its initiatives towards the establishment of a municipal-owned entity to roll out free, high-speed internet to its townships and public spaces. Secondly, the upscaling of its public transportation, which also involves the development of corridors linking economic nodes via its Rea Vaya bus rapid transit system and Gautrain. The latter is about to spread to all four corners of Gauteng, linking Soweto, Lanseria, Mamelodi and Boksburg to the CBDs of Johannesburg and Pretoria, adding 200 km to the existing 80 km track.Commenting last year on the how the 2040 strategy has rolled out over the previous five years, Executive Mayor Parks Tau noted: “We’ve covered a vast distance in a very short space of time as we build a city that is liveable, sustainable and resilient.”