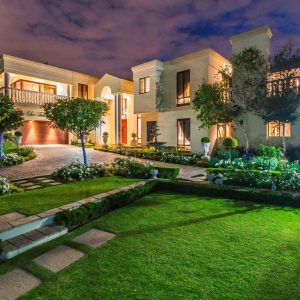 Upmarket diversity is fuelling the Blackheath market, according to Sotheby’s on My Property

Blackheath in Johannesburg is still regarded as an ideal suburb to raise a family and a growing number of buyers are keen to become part of this stable, well-resourced community where more than a third of the residents have owned their properties for in excess of 11 years.

The broad choice of property options across all market segments coupled with a sense of community is now increasingly attracting young investors, with 35% of all properties sold in the past year being to buyers aged 35 or younger.

Gert Bekker, Area Specialist for Lew Geffen Sotheby’s International Realty says: “Whilst most of Blackheath remains upmarket suburbia, development over the past decade has introduced a cosmopolitan commercial hub as well as a high density residential node.

“The area bordering Beyers Naude Drive is now populated with a variety of shops, restaurants and cafes, which are well supported by the locals who enjoy the vibrant atmosphere. And close to Cresta Mall the sectional title developments are proving very popular with first-time buyers and single parents who want to get a foot in this upscale market and live close to good schools.”

Sectional title prices start at around R400 000 for a studio and R680 000 for a neat one or two bedroom flat, ranging up to R2.8m for a spacious modern townhouse with a private garden and all the bells and whistles.

“The housing market also offers a broad spectrum,” says Bekker, “with an entry level price of around R2m for an older three bedroom house in need of modernisation, although these are now becoming scarce as developers have begun to buy them for their large grounds to tear down and replace with cluster developments.

“At the top end of the market, we are seeing the price point nudging higher and higher with a growing number of houses now selling for between R6.5m and R8m, almost in tandem with the upper market segment spike we are seeing in neighbouring Northcliff.”

However, despite the solid growth of the sectional title and house markets, the real action in Blackheath is in the estate market, where burgeoning demand has begun to exceed supply and stock shortages are being experienced.

Lew Geffen, Chairman of Lew Geffen Sotheby’s International Realty, says: “Demand for homes in secure estates has skyrocketed in Blackheath, with properties in the most sought-after developments often snapped up before they even hit the market.”

Geffen adds that, contrary to the general market response to the current economic downturn, Blackheath’s estate market is experiencing the most activity in the mid- to upper sectors rather than at the lower end.

“Top-end estate homes priced between R4m and R5.5m are selling exceptionally well, especially in Blackheath’s most exclusive development, Brooklyn Estate, where we are currently marketing a luxurious home for R10m that is attracting considerable interest.”

Geffen believes the steady increase in demand from young investors and the tandem growth of the estate market seen over the past 10 years have been key contributors to Blackheath’s swift market recovery after the 2008 crunch, with the latter spurring growth at the upper end of the market despite the economic downturn.

Bekker says Blackheath’s commercial development has boosted the rental market as well, with the highest demand for homes within walking distance of Beyers Naude’s commercial node and Cresta Mall.

“We are also seeing growing interest from investment buyers who now realise extremely good returns, especially in the sectional title sector where demand continues to grow in response to the expanding commercial activity in Blackheath.”

Citing data from Lightstone, Bekker says: “Over the past 12 months, sectional title sales far exceeded house and estate sales with 61 properties changing hands at an average sale price of R856 164. The majority of sales (53) were in the low to middle market price band of R400 000 to R1.5m.

Estates sales of the past year clearly reflect the markets buoyancy as 10 of the 11 homes sold were in the R3m plus price bracket with an average sale price of R4.7m. Just one home fell short, selling for R2.72m.

“There are also a number of good government and private schools in close proximity, which achieve excellent academic results.”

Read more on My Property