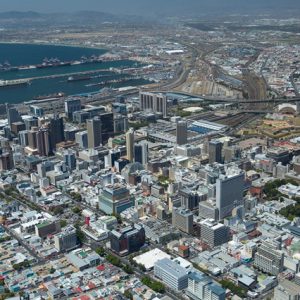 Cape Town’s city centre will get a new landmark building following the auctioning of land for R86.5m‚ the new owners said.

Growthpoint Properties bought Site B‚ in Lower Long Street‚ from the City of Cape Town.

The 3,932m² has developable bulk of 17,500m² and borders the Investec and ENS buildings‚ both owned by Growthpoint.

“This site is in a highly attractive commercial area on the Cape Town foreshore. It is the final vacant site available to create a brand-new development and presents Growthpoint with the opportunity to develop an iconic building on the foreshore‚” said David Stoll‚ Growthpoint Cape Town regional head.

“We have not finalised plans for the development yet‚ but envisage a building that would include offices with ground-floor retail. We would also consider a client-driven development for the site. Either way‚ we will create a landmark building that will be an asset for the city‚ its people‚ the environment and its investor.”

The new block‚ with a maximum height of 55m‚ will be the latest in a number of developments on the Foreshore‚ where more than R6bn has been invested since 2012.

The 2015 State of Cape Town Report‚ by the city’s Central City Improvement District (CCID)‚ showed that in that time property values in the city centre had risen to R24,483 per square metre.