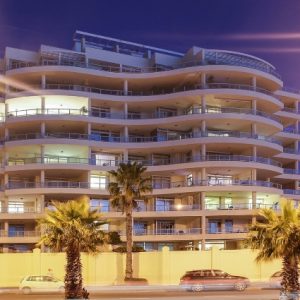 Buying and selling property includes a mountain of legal paperwork and some measure of patience at the best of times, but the process can get even trickier when one party is a not a South African citizen or permanent resident.

It’s therefore crucial to appoint a specialist conveyancing attorney with experience in this field, especially if the transaction is to be concluded at a time when the foreign party isn’t in South Africa, because additional documentation is required and procedures when signing agreements can vary depending on the country in which they reside.

This is according to Danielle Abrahamson, Specialist Conveyancing Attorney at Mcloughlin Clark Incorporated, who says: “Just one missing signature or incorrect document can delay or even compromise a sale, and the repercussions can be costly.”

Abrahamson says it’s often the small oversights that impede the successful conclusion of a deal, and it’s therefore essential that estate agents and conveyancing attorneys familiarise themselves with the local laws relating to property transactions with foreign nationals, and that buyers and sellers know what questions to ask.

Should the country not be a member of the Hague Convention, such as Saudi Arabia or Ghana, then an Apostille is not acceptable and once the documents have been notarised they need to be sent to the Department of Foreign Affairs for authentication. The simplest option to avoid these tedious processes is for the buyer to sign a Special Power of Attorney authorising a person in South Africa to act on their behalf, because many foreigners aren’t necessarily in South Africa when the various documents need to be signed before the transaction is concluded.

Withholding tax on purchase price – When a foreigner sells a South African property valued at more than R2 million the purchaser is legally obliged to withhold a percentage of the purchase price to ensure the full funds aren’t taken out of the country without Capital Gains Tax being paid.

The conveyancing attorney will generally pay the funds over to SARS, but if the buyer receives the full purchase price directly and has been advised that the withholding tax needs to be paid then he or she is liable.

A foreign seller also needs to be aware that if the intention is to take the proceeds of the sale out of South Africa, he or she must be able to show the flow of the foreign funds and have a Deal Receipt from when the money was first brought into the country.

Lew Geffen, Chairman of Lew Geffen Sotheby’s International Realty, says getting even one step of this process wrong can jeopardise a sale.

“Working with an experienced estate agent can make or break a sale, especially in regions like Cape Town where according to a report just released by FNB Property Economist John Loos, the percentage of foreign property ownership is approximately 3% higher than the national average of around 5%, and the possibility of entering into this type of transaction is more likely.

“The estate agent can play a significant role in circumventing possible hiccups by being well-versed in the legal requirements for these transactions as well as by informing the conveyance attorney of the circumstances of the sale as early as possible, but it’s also important for local buyers and sellers to be aware that there might be more challenges and what these could be.

“It’s always a good idea for consumers to arm themselves with as much information as possible, and not be afraid to ask questions.”

Geffen says agents should advise attorneys if the foreign party is leaving South Africa soon after signing the offer to purchase, determine whether both spouses want to own the property despite the prevailing law of the land in which they reside and advise both parties about withholding tax in order to avoid confusion down the line.

Geffen concludes: “Although these additional factors may seem daunting when added to an already tedious ream of paperwork, as long as all procedures are followed correctly and everyone is aware of the requirements from the start, there’s no reason that concluding a property transaction with a non-resident should be anything but seamless.”