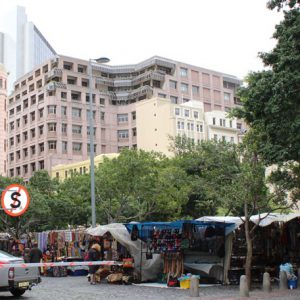 Models for public space – News24 explains how a city should develop

City of Cape Town, CCID and CSIR collaborate on a public space management model pilot project in the CBD that could be rolled out across the metro.

A project to develop a management model for public space is set to take place over the next three years.

The model will use St George’s Mall and Greenmarket Square as the basis, and will look to maximise economic opportunities for businesses and trades, create inclusive spaces and source best practice examples for managing public space.

The market at Greenmarket Square, which dates to the 1600s and is the second oldest in Cape Town, was mismanaged under previous administration, Bryant previously told People’s Post.

Following the motion, City of Cape Town officials undertook to develop a plan to optimise the public spaces and began a public participation process around appointing a private operator for the market.

However, following the public participation process, it became “abundantly clear that a period of research, data collection, stakeholder engagement, as well as stabilisation and scoping of the existing area” were needed first, explains Bryant.

“The two spaces – as they fell within a highly densified, extremely busy, economic hub with a high footfall of both locals and visitors as well as being of high importance and relevance as cultural spaces in the city – presented ideal environments for the studies envisaged,” he says.

In a step towards developing a management plan, a pilot project ran in partnership with the CSIR and the Cape Town Central City Improvement District (CCID) from May to August this year.

This pilot included an informal trade survey in Greenmarket Square and St George’s Mall, a stakeholder survey, a pedestrian count in St George’s Mall and a design development project to document the current state and physical challenges of both spaces, and to present possible opportunities for the improvement, according to the CCID’s annual report.

During this time, the CCID also provided a daily service of cleansing and gardening to both spaces, says CCID chief operating officer Tasso Evangelinos,

The project will now be extended to run from next year to 2019, says Evangelinos, and will look to develop a long-term public space management model.

The model will lead to the development of a formal management plan, Bryant says.