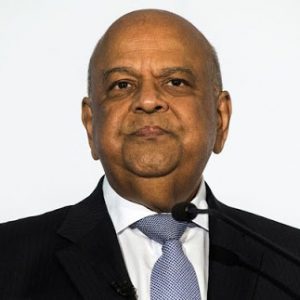 Pravin Gordhan is right — SA is at a crossroads. We must chose the right path now to avoid incalculable economic damage, writes Lew Geffen

Finance Minister Pravin Gordhan said in his recent medium-term budget speech that SA is at a crossroads politically and economically: “We must look frankly at ourselves and ask what is working for us and what is not, and what needs to change.”

Gordhan not only hit the nail on the head, but placed on record in Parliament what we all know to be true — that some bad decision-making over the past couple of years has made SA more economically vulnerable than we’ve been in decades.

A bloated public service, cronyism and rampant graft have left SA a mere economic shadow of what it should be. Even given the tough global trading conditions, the country has been battered time and time again as the world’s markets have reacted to a merry-go-round of finance ministers, financial scandals, spurious prosecution attempts of respected office-bearers, parastatals in chaos and weak policy implementation. It’s something I collectively call ConZumarism.

Gordhan is right; something is clearly not working for us and needs to change.

The country is R2-trillion in debt and in 2017, the populace faces an even greater tax burden, which brings to mind the Winston Churchill quote: “For a nation to try to tax itself into prosperity is like a man standing in a bucket and trying to lift himself up by the handle.”

We are a nation in crisis and as a people, we are traumatised, the depths of which will only become apparent when we start to see light at the end of the tunnel.

There will be no light, though, until the ruling party acknowledges the deep dissatisfaction expressed by voters in 2016’s local government elections and takes a long, hard look at how things have been running under the current administration.

Or perhaps the more accurate description is how things haven’t been running and how this lack of trusted leadership is systematically undermining SA’s economy, obliterating what little foreign investor confidence remains and severely damaging local investment sentiment.

It’s a vicious cycle; low confidence means less economic activity, a decline in growth, fewer employment opportunities and a consumer populace sinking under the weight of it all.

There will no doubt be even greater voter outrage in the national government elections in 2019 if the status quo remains, but by then, it may be too late to effect an economic turnaround and save SA from long-term financial ruin that will take decades to repair.

The property industry simply can’t afford a hit of that nature, having just recovered from the 2008 global crash, but at half its previous size and in a tenuous state.

The market peaked in 2014 and is starting to take a battering again, when it should ideally be bolstered by economic growth.

It’s an industry that generates big revenue for government. According to property analysts Lightstone, in 2015 there were more than 300,000 residential property transactions concluded in SA to the value of about R50bn.

At the end of 2016, we won’t be able to crow as loudly though, because the only market keeping house price inflation even vaguely optimistic is the Western Cape, where double-digit growth is dragging the other provinces’ dismal averages to a not indecent national inflation rate.

The conundrum is that the Western Cape market’s phenomenal growth is largely driven by “semigration” from other provinces. As those markets switch to idle, the Western Cape will too and the property industry will then receive a concussive blow.

If that happens, the losers won’t be realtors as much as the average Joe Citizen, whose single biggest life purchase and major asset will rapidly devalue, leaving already cash-strapped families servicing bonds on properties that are worth far less and cost much more.

For 40 years, I have watched the ebb and flow of this country’s economic cycles and seldom have I been as worried about SA’s future as I am now.

We emerged from the turmoil of the democratic transition filled with hope that honourable statesmen like Nelson Mandela would develop the potential we knew we had, and lead the country to greatness. A mere two decades later, a political leadership that is in disarray and has clearly lost sight of the big picture is effectively leading the nation off a cliff.

Gordhan is a wise man; we are at a crossroads and if we don’t choose the right path now, the economic damage will be incalculable. The right path should begin with a leaner public service and elected officials who are interested in nation building rather than building private equity.

It’s simple; South Africans need a government they can believe in again — one they trust. That means the ANC should seriously reconsider the future roles the president and his confidantes play in politics. As ANC secretary-general Gwede Mantashe said, if the people of the country are calling on Zuma to resign, perhaps it is time for him to listen to his conscience — and the will of the people.