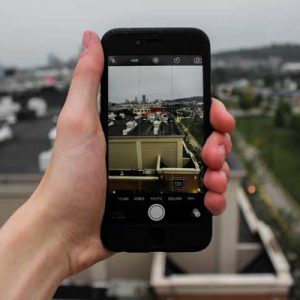 Since video games like Pac-Man first captured our imaginations nearly four decades ago, graphics have become so sophisticated that they’re now pushing the barriers of photorealism and immersive technology has become a modern reality, rather than futuristic science fiction.

However, to many people this new-wave technology is still very much a mystery, especially for the generation that grew up playing Super Mario Bros on Nintendo and remember a time when 3D movies were a marvel. 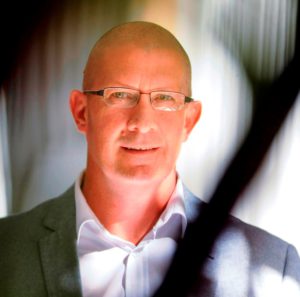 According to Propscan founder JP van der Bergh, the concepts behind Virtual Reality (VR) and its more recent cousin, Augmented Reality (AR) are not as far removed from the original 3D movies as one might think, though. And when one understands the principles behind the technology, experimenting with it becomes more interesting than daunting.

“Although both VR and AR achieve the same goal of putting the user at the very centre of the experience, they are actually inverse reflections of one in another.”

“VR is an artificial, computer-generated recreation of a real-life environment or situation which uses a coding language known as VRML (Virtual Reality Modelling Language) to make the user feel like they are experiencing the simulated reality first-hand, primarily by stimulating their vision and hearing.”

“AR, on the other hand, uses an existing environment and superimposes new information on top of it. In other words, a live direct or indirect view of a real-world environment whose elements are augmented by overlaying computer-generated sensory input.”

No longer limited to the gaming world, these technologies are already being widely applied in commercial sectors and industries like engineering and construction, education, healthcare, the media, telecommunications and advertising/marketing.

The newer technology, Augmented Reality, is closer to the real world as it successfully blurs the line between what’s tangible and what’s computer-generated and is able to incorporate geo-tracking. In a world where a growing number of people use mobile devices for daily activities, AR is the future.

“AR presents a completely new way to engage and will expand the abilities of companies to reach consumers and to showcase their wares in greater detail than ever before,” says Van der Bergh, “which is especially beneficial to industries like real estate that rely heavily on making a visual impact to attract clients.”

This is the basis upon Van der Bergh took a leap of faith and set about developing Propscan, a next-generation property search engine app for the South African market, back in 2015 when it became clear that the new technology was moving beyond being an emergent trend.

The app allows for both sales and rentals and the search functionality comes with adjustable parameters, such as price range and distance radius for the most desirable search results, while the AR feature allows users to simply point their smart phones in the general direction of a listed property to view every space of each property in detail.

According to a recent article published in Forbes, the projected revenues for both AR and VR by 2020 is a whopping $120 billion, with these platforms poised to create a dramatic upheaval in every industry on earth.

Van der Bergh concludes: “Until now, our experience with the online world has been primarily two-dimensional, but we are on the cusp of an entirely new form of computing that’s likely to completely change the way we interact with media and digital information.

“And because AR enables us to go beyond the limitations of physical tools and geographic proximity, the potential applications are quite literally endless. It’s a game-changer that will not only transform the way we use our mobile devices, but also the way we see and interact with the world.”