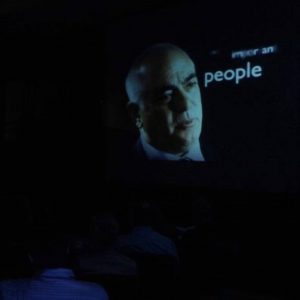 LONDON— Here’s the most unlikely statement you’ll see from any realtor. But after the No Confidence vote, even that most resilient of that hardy species is showing signs of throwing in the towel. Lew Geffen, whose family has been synonymous with moving South African property for over half a century, has clearly had enough. In this powerfully worded statement issued on behalf of his business, he refers to Zuma’s leadership as “putrid to the core” and expressed a belief that whatever confidence in SA still remained among international property investors was wiped out.

He also predicts a further acceleration in emigration by those who are able to, mostly the high earners with skills. While that would be celebrated by traditionalists within the ANC whose 198 Parliamentarians voted to support Zuma, it will be deeply disturbing to rational observers. Governments run on tax receipts, and that requires economic growth which in turn requires capital and the skills to efficiently deploy it. Those precious commodities are growing ever scarcer in Zuma-run SA. As it is, SARS had a R30bn revenue under collection hole last year. How many more warnings do ANC traditionalists require before they “join the dots”? Ot do they really believe allowing the Zuptoids to plunder SA into another Zimbabwe is the best way to take their revenge on the long dead architects of apartheid? – Alec Hogg (BizNews)

Lew Geffen, Chairman of Lew Geffen Sotheby’s International Realty, expressed dismay at the Parliamentary ballot that failed to unseat President Jacob Zuma, commenting that what little international investor confidence in South Africa that had remained after the appalling senior government portfolio and policy shifts earlier this year would now die a quick death.

“Anyone who reads international news knows Guptagate stories are making headlines across the world. What the result of this ballot does is clearly tells the international community that we are rotten; despite the absolute substantiation of the state capture allegations recently, most of the ruling party’s MPs support the ‘fire sale’ of everything that belongs to the nation.

“And while the secret ballot method of voting in Parliament was so wildly celebrated earlier, it might ultimately prove to be the country’s undoing. This particular Pandora’s Box is now open to things like Constitutional amendments that reduce the current scope of citizens’ rights, or perhaps worse.”

Geffen says the recession the country is experiencing has several key drivers.

The years of economic stagnation are at the core, but local sentiment is now as low as international investor confidence and the dominant perception across all races and creeds is that a small band of looting pirates is selling off the country and the nation’s heritage bit by bit, while refusing to take responsibility for the rampant corruption that permeates the top leadership structures.

“Geffen: Leadership putrid to the core”

“Guptagate proves the country’s leadership is putrid to the core. It’s therefore no wonder that people who generally had faith in SA and who have hung in there through all the tribulations of the past, are now earnestly considering giving up and relocating to other countries on a mass scale in particular the 40-something age group, which will cause a catastrophic brain drain in the future.

“A report over the weekend citing Stats SA noted that about 500 000 white South Africans had left the country in the past three decades, and Stats SA estimates that a further 112 740 will emigrate in the next five years.”

Geffen says that same report quotes Reuven Abeshouse, migration agent at Migration 2 OZ, who said “The common reason clients advanced was political uncertainty about the future of the country, and they would rather leave while they still can.

“Many also cite that they are worried that their children may not have the opportunities that they had because of what is going on in the country, especially with the politics and policies around black empowerment,” he said.

Emma Waldorf, senior consultant at Compass Migration, was cited in the report as saying her Cape Town-based agency has also seen an increase in those wanting to leave, particularly to Australia, Canada, the UK, Ireland and the US. “We are also finding that it is not only white people wanting to emigrate; we are increasingly getting queries from clients that are black, coloured and Indian citizens,” she noted.

Geffen echoed Waldorf’s concern that those leaving with skilled professionals, tradespeople, entrepreneurs and experienced corporate employees, “There’s no doubt the country is fast losing its core skills base,” says Geffen.

Geffen says the ballot result will further negatively affect the market, because this industry’s wellbeing is inexorably tied to the country’s economic prosperity: “When the economy is good companies prosper, jobs are created and the financial burden carried by consumers is lightened. As it stand now, there is certainly no end in sight to the current recessionary conditions and the biggest losers will be the citizens of South Africa.

“House price inflation will continue to slide into negative equity across most of the country and sellers will face uphill battles to even get close to their asking prices. In some parts of the country the average gap between asking and sale price is already as high as 30%. I predict in the short to medium term this enormous price differentiation will spread to become a trend in certain regions, and sellers who aren’t represented by realtors with massive brand marketing muscle will feel it most.”