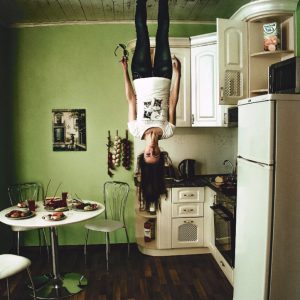 Awful photographs will seriously hinder your chances of selling your home. Here’s how to take pics that are guaranteed to catch a buyer’s eye.

How often have you browsed through property marketing search engine websites or apps, then been mesmerised by a photograph so incredibly awful you can’t decide whether it was included as a joke or someone had a momentary psychotic break during the image selection for the property information pack upload.

Not all homes are created equal and not all photographers are brimming with talent, but neither factor should ever result in potential buyers’ jaws dropping in appalled astonishment when they set eyes on a property listing for the first time.

Easiest to fix is replacing a photographer lacking composition skills, but significantly more challenging are the home interiors that would require the combined efforts of at least three Fairy Godmothers to make them even remotely inviting to buyers, according to Sandy Geffen, Executive Director of Lew Geffen Sotheby’s International Realty in South Africa.

“The main culprits are dirt, clutter and disrepair but sometimes home owners spring the oddest surprises on you on picture day – even after you’ve given them a complete brief of what needs to be done,” says Geffen, who is a real estate industry veteran of more than three decades and has pretty much seen it all.

“There isn’t an estate agent alive who hasn’t at one time or another tackled a sink full of dirty dishes on photo day, or hidden a floor’s worth of hairy dog beds in cupboards, behind couches or in just about any nook or cranny where they wouldn’t show up in the photos. “Sellers must also keep in mind that what might be one person’s idea of heaven could be a buyer’s idea of hell. A good example would be trying to stage a taxidermist’s home for sale; no matter how proud you may be of those trophies on the wall, stuffed animals nauseate the majority of society and every single one must be packed away before the marketing photo shoot. And yes – that has actually happened! “There’s also no possible scenario in which a ‘stripper pole’ dead centre of a room is going to make buyers queue to view the property, and while your pets may be the cutest in the world, they definitely shouldn’t be photobombing a marketing shoot!”

Along with neglecting to declutter a home and doing the necessary repairs before a marketing shoot, one of the most common mistakes made by home sellers is overlooking the impact on buyers of first class photographs. “Many beautiful homes have dreadful cellphone photos in their sale listings but given that the majority of buyers start their home searches online it’s absolutely essential to ensure you have top quality images to make the perfect first impression,” says Geffen.

“In property marketing, pictures really do need to say a thousand words – they need to highlight the best of your home and make it stand out from the others that’ll be for sale in the surrounding areas. Unprofessional photographs could take thousands off the price and could even cost you a potential sale, because someone who might’ve fallen in love with your home during a viewing didn’t shortlist it based on the unflattering pictures.”

Research shows that the quality of listing photos and the expertise of the person taking them impact home sales. According to Redfin, a US real estate agency, homes with professional photographs taken with a digital single-lens reflex (DSLR) camera get an average of 61% more page views than other equivalent properties – at all price levels. They also have a 47% higher asking price per square metre and are more likely to sell than homes being marketed with unprofessional photographs, particularly luxury homes. 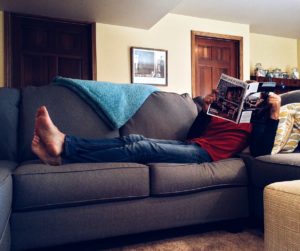 JP van der Berg, founder and MD of property search engine app Propscan that offers realtors a platform to showcase their market stock with both photos and 360-degree virtual reality views, says nothing is more important than spectacular imagery when reaching out to prospective buyers online, because you have at most three seconds to engage them before they flip to the next property that matches their search parameters.

And if you don’t grab their attention in those three seconds, chances are you’ve lost them for good, so what you put out there in terms of visuals had better be outstanding!

Van der Bergh says one of the biggest benefits of the digital age is the convenience of large amounts of instant information, especially in the real estate industry where it’s significantly reducing buyers’ initial ‘legwork’ by providing the means to view available properties and create viable viewing shortlists even before they leave home. “Those shortlists are largely based on the visual appeal of the properties they research, though. Regardless of whether they home-hunt in 2D or 3D with Propscan’s app, if they can’t instantly see themselves living in a space they won’t consider it.

“Almost all initial property research is done digitally nowadays, because it’s convenient and immediate in a very time-poor modern world, which means when you prep your home for the marketing shoot you have to do it perfectly if you want to stand out from the sea of competing homes for sale. “Sellers should also check whether the digital marketing channels their brokers intend to use are as visually appealing on mobile devices as they are on computer screens, because communication has become integral to people’s lives and precipitated a global trend towards utilising a single digital device.

“Google recently released data showing that for the first time the search engine is receiving almost twice as many search requests from mobile devices as from desktops, with smartphone users carrying out an average of some 220 tasks on their devices every day. “If a broker’s marketing channels don’t display well on mobile devices, in all likelihood you’ll lose many potential buyers.” Geffen believes there are a few basic image dos and don’ts that’ll offer home owners the best chance of a quick sale at the best possible price.

“The first is never allow blurry photos to be used in the marketing of your home. Out-of-focus images give the impression that sellers don’t take pride in their homes – or worse, that they have something to hide. “And if the biggest attraction of your home is its lifestyle features, as the person who knows the property best you should suggest photos that promote these, showing the home as an inviting space in which buyers could imagine themselves living.

“For example stage a dining room table with superb linen, glassware and crockery fit for the swishest dinner party, which shows the entertainment potential, and make outdoor living spaces pop with bright lounger cushions, complimented by colourful cocktails on side tables,” says Geffen.

On the flip side, Herculene Visser, Lew Geffen Sotheby’s International Realty area specialist in Tokai in Cape Town, warns that sellers shouldn’t feature too many personal items that could make a home seem uninviting and cluttered.

“Excessive clutter and personal paraphernalia will generally prompt potential buyers to click away from a listing. Before being photographed, make sure your home is clean and neat, with no bits and pieces lying around – even if this might make daily living a little uncomfortable for a while.

“In kids’ rooms, for instance, you need to strike a balance between the spaces being clinically stripped and too cluttered. The look you’re going for is appealing cosiness.

“Outside, make sure the garden is immaculate and remove the automatic pool cleaner from of the pool before it is photographed.” Visser says to help decide what should stay and what should go – and potentially increase the final sale price achieved on your home – you could consider hiring a professional home stager for the day before the shoot.

Grahame Diedericks, Principal of Lew Geffen Sotheby’s International Realty in Midrand, says providing sellers with extensive guidelines on setting up their homes for photo shoots has helped the agency avoid the kind of staggering photos found on sites such as www.terriblerealestateagentphotos.com.

“We give sellers a good idea of what is required – and what to avoid – when preparing for a photo shoot. This makes the photographer’s job easier, and means they can spend more time on post shoot production if needed,” says Diedericks.

Photographer Fiona Barclay-Smith, who specialises in luxury home and architectural shoots, says good lighting is critical for good results. “The right light can make a property look bigger and more attractive. I like to have as many lights on as possible – even in broad daylight; it creates a different atmosphere. Bright photos can also look crisper, which emphasises quality, but you need to be careful to balance the brightness so it doesn’t wash out the picture.”

To lighten and brighten a home for a photo, draw back the curtains, replace heavy draperies with mini-blinds, increase the wattage of the bulbs in light fixtures and consider painting the walls in light, neutral colours.

Visser says personal and valuable items, such as works of art, should be stored safely before a photo shoot. “Listing photos open the interior of your home to public viewing and while most viewers will have good intentions, you don’t want to leave a Picasso on the wall because that’s creating unnecessary temptation for the few who don’t,” she says.

“Lock personal documents away in a secure cabinet, store collectibles in a safe off-site location and keep all vehicle licence plates, credit cards and other personal identifiers out of view during the photo session – and on show-house days.”

Geffen says if you are listing an apartment or a townhouse, you should also show photos of community areas, like the pool, gardens or clubhouse.

And when shoot post-production starts Barclay-Smith says photo-editing programs like Photoshop can be great for adjusting lighting balances or erasing unwanted shadows in listing photos, but home owners should ask to review the final images before they’re posted. Extreme retouching could give an entirely incorrect impression of a property, resulting in a stream of disappointing and time-wasting viewings, or could make potential buyers think there’s something to hide.

“Also keep in mind that pictures that have radical adjustments, such as entirely blurring out an unattractive view, could constitute fraud.” Geffen says photographs should be recent, showing the current state of the home. Seasonal photos aren’t the answer either – wintery landscaping being marketed in the middle of summer instantly says your home is stale and has been sitting on the market for ages. “To give potential buyers a good feel for the home, sequence the photos as a walk through – from outside the front door, into the entrance hall to the living areas, kitchen, bedrooms and bathrooms. And then show any other areas such as a study, a cinema room or a sunny courtyard,” says Geffen.

“Practically all home hunters in the world now start their searches online. Since they’re flicking through dozens if not hundreds of properties, you have a split-second to catch their attention before they move on to the next listing, and the only way to do that is with gripping imagery.

“Quality photos are attention-grabbing, will get your home on more in-person viewing shortlists and help you achieve a decent sale price,” says Geffen. “It’s painful preparing for shoot day, but putting in the effort will pay dividends in the long run.

“Also ensure that you work with a real estate brand that recognises and values quality, and how they shoot your house will be a good indicator of their general standards. There’s no question that our contracted photographers have to be extremely talented for their submissions to make it past the Chairman’s eagle eye!”