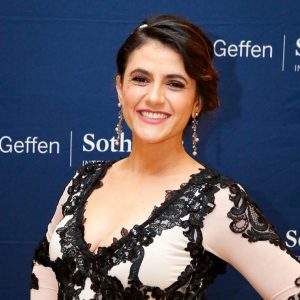 In many regards, the real estate industry is still a bastion of male domination; a field in which women remain under-represented at a senior level and are far less likely to attain executive positions – even though at least half the estate agents out there are women.

Yael Geffen, CEO of Lew Geffen Sotheby’s International Realty, believes that there are many inspirational and successful women currently in the industry who are more than capable of following in the footsteps of female pioneers like her grandmother Aïda Geffen and Pam Golding who were instrumental in shaping the local industry. 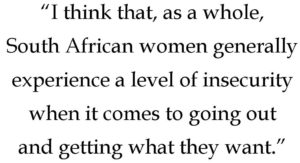 So why aren’t those numbers translating to more women moving up the ranks into management positions in their local offices and at the national level?

“I think that, as a whole, South African women generally experience a level of insecurity when it comes to going out and getting what they want. Even when I was appointed CEO I felt that I had to prove myself, not only as a woman but also as a parent, and I’m not sure I would have felt as much pressure had I been a man.

“Very few women have my grandmother Aïda’s spirit and passion to always uphold her beliefs, joining protests and marches and even being arrested for doing so. Both her and Pam managed to make the transition from agent to CEO and spearhead powerful national brands.

“Unlike men with career ambition, most women will wait for an opportunity to come to them, they won’t ask for that promotion or request inclusion in a management training program. And they usually do so out of fear. Fear of negotiating, of being turned down, fear of failure. So, they wait their turn, hoping it will happen without them having to ask.” However, Geffen believes that it is not only lack of spirit and confidence that hampers women’s advancement in the industry today.

LOOKING BACK
“Back in the day real estate was a lucrative and appealing industry for females as it offered more flexible hours than a 9-5 job which allowed them to still be available to children and family. It didn’t require a university degree and certainly didn’t have the entry barriers that the industry has today.

“And, let us not forget that many of the largest real estate firms, not only in South Africa but globally, are run by family dynasties where the baton has typically been passed down to the sons which has reinforced male domination in a relatively traditional industry.”

“I remember when I lived in New York and was the only female in management at the company I worked at, the guys would toss a football around at every meeting, but they never thought to pass it to me. One day I asked them to include me and, although they were shocked, they obliged.”

These days, Geffen accentuates her femininity by wearing dresses where possible and soft colours like pink.

“I show emotion to my staff and also ask for their opinions. I am not afraid of my own tears – it makes me authentic. I would rather be myself than try and overcompensate by being tough and clinical. Although I am amused to note that I am still sometimes referred to as ‘he’ in articles.”

Geffen says that she has begun to notice a change abroad as there are now more female CEO’s in the industry in the United States and Europe than before, especially compared to South Africa where she feels we are a little behind the changing times.

“There are now a number of very influential women in executive positions, including the COO of Sotheby’s International Realty Global, Julie Leonhardt LaTorre.”

However, she admits that forging a career in a male-dominated field can be intimidating and challenging and that the women currently at the top of the industry have worked very hard to reach their goal. Geffen offers the following advice to others who strive to make their way up the real estate corporate ladder:

Geffen also believes that gender diversity in senior positions in any industry is crucial for a number of reasons, not least because the different management styles bring in new perspective and allows decision-making to become more multi-dimensional and thus more comprehensive.

Geffen concludes: “Regardless of whether they have management aspirations or not, real estate is still one of the best industries for women who want to create their own destinies. It’s one of those careers where you can be your own boss, set your own hours and reap the rewards of all your hard work.”

Read more of the latest industry news on Property Professional