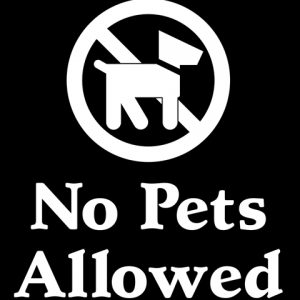 Demand for pet-friendly accommodation is steadily growing, but as residential space in cities shrinks prospective owners and tenants are increasingly battling sectional title body corporate rules in order to keep their furry family members with them when they move.

That’s according to Lew Geffen Sotheby’s International Realty Director Sandy Geffen, who says across South Africa there is a massive market – and need – for properties that are more pet-friendly.

“This is an issue across both the purchase and rental markets,” says Geffen, “and most animal lovers view it as scandalous if a complex or cluster development has an outright ban on residents keeping pets.”

She says a surprising number of sectional title complexes – even those with garden units – have stringent rules pertaining to the keeping of any pets larger than hamsters.

“In the case of investment properties, tenants will often complain to rental agents that their landlords are the bad guys, but in sectional title developments in general landlords get to set very few rules.

“Tenants need to understand that it is the Trustees who establish the Schedule of Conduct Rules of the estate or complex and the managing agent or body corporate merely enforces them.

“Managing agents, particularly, don’t have the power to change or ‘bend’ a sectional title development’s Schedule of Conduct Rules to admit pets – something we’re often asked to do.”

Geffen says many complexes and estates are reluctant to permit pets for numerous reasons.

“Several species of birds are considered to be noisy and cause a mess, and cats tend to stray onto other people’s properties, which can be problematic and cause conflict among neighbours. In our experience several very unneighbourly wars have been started by wandering cats, particularly when the felines choose to use other gardens as their personal bathrooms.

“The noise factor is a major concern in the case of dogs, because they are often left unattended all day while people are at work and most will bark or howl at some stage. Some even get aggressive. A number of rural estates with free-roaming small game also bar dogs because of the threat they present to the wildlife.

“Problem animals will cause Trustees to take action against their owners, which can get very ugly. Residents could find themselves liable for fines, and Trustees can insist that the animals be removed.

“This is hugely traumatic for most people who consider pets to be part of their families, and it’s even worse when there are children involved who are devoted to their four-legged companions.”

Geffen says that’s one of the many reasons it is critical for potential buyers and prospective tenants to read and understand an estate or complex’s Schedule of Conduct Rules before they commit to moving in, because it’s extremely difficult to get them changed afterwards.

“Everybody has different morals, ethics and standards. If you’re a regular midnight skinny dipper, for instance, then a complex with a communal swimming pool is probably not the right home for you.”

But Geffen says while she understands that the close quarters densification has forced on urban dwellers means rules and regulations are essential to maintain general order, the fact remains that there are more than 10 million pets in South Africa, most owned by people who adore them.

“More than R5 billion is spent on pet food annually in this country. That is a huge amount on a ‘non-essential’ expense – especially in the current economy – and the people who spend this money by and large have the means to buy or rent decent homes.

“There is undeniably a shortage of pet-friendly sectional title property available across the country, and freehold landlords are also rejecting a massive pool of potentially superb tenants if they insist on the no pet rule.”

Geffen says landlords who own houses are often fearful that pets will destroy gardens or carpets, “but that’s why tenants pay security deposits”.

She says if landlords are particularly concerned about pet damage they could also include a specific clause to that effect in their lease agreement, making tenants responsible for the cost of repairing any damage caused by their animals.

“In such a tight national economy when bonds still have to be serviced and rental properties can’t stand vacant for months while the perfect pet-free tenant is sought, the only really sensible reason for landlords of houses to reject applications from people with pets is if they’re letting their properties fully furnished. The cumulative cost of the damage could then outweigh the security deposit and the homeowner might end up seriously out of pocket.”

In conclusion Geffen says there is no doubt that densification is the future face of every city in South Africa, just as surely as people will continue to want to keep pets.

“Somewhere along the line there is going to have to be more compromise because neither cluster housing nor pets will be going away time soon. If Trustees and landlords want to maintain standards by having their choice of the most desirable residents out of the entire pool of home seekers in the country rather than simply the best of those who don’t own animals, then more flexibility is going to be needed in the property marketplace.”