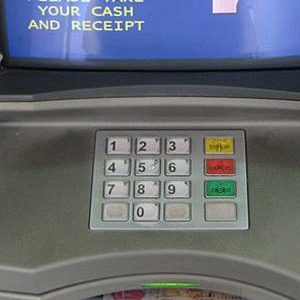 This is according to a warning from the Cape Town Central Improvement District (CCID) about a spike of ATM theft from this syndicate in 2016.

The syndicate operates in a group of between four to six fraudsters and their modus operandi includes dropping high-value cash notes on the floor to distract tourists. The fraudsters then also speed off in rental cars after committing the theft, according to the CCID.

The syndicate has targeted more than one ATM on a daily basis this year, and each fraudster performs a different role such as watching tourists enter PINs or stealing cards, said Muneeb Hendricks, the safety and security manager at CCID.

“What they do is they tend to lurk close by ATMs in their vehicles. Smartly dressed, well-spoken guys. Maybe now and again there will be a lady with them as well, but mostly a group of men,” Hendricks told Fin24.

“So, they’ll stand next to the ATM, close by, in close proximity to the person who’s actually drawing money.

“One guy will actually watch the tourist punching in his pin, and then distract him, and then the guy next to him, who’s pretending to draw cash, will actually then steal the card, or put in another card that blocks the system, or just tells the tourist that his card has not come out,” Hendricks said.

Have you been targeted by these crooks or seen them in action? Tell us by clicking here.

Other tactics employed by the scammers include changing a machine’s language options so that tourists are forced to ask for help.

On occasion, the scammers also run after tourists who have already withdrawn their money, prompting the tourists to return to the ATM to enter a final option.

“They obviously know that this is a specific hub for tourists and that’s their specific target. They’re not going to target a local guy because we don’t have the sort of cash that they’re looking for,” Hendricks told Fin24.

“Tourists: Their money is all in dollars and pounds. So, there tends to be larger amounts of cash available,” Hendricks said.

The CCID has reported the syndicate to the police and relevant authorities. The organisation says the crime is also hitting other major cities in South Africa such as Johannesburg and Durban.

But, in the meantime, CCID is also offering tourists and citizens advice on preventing themselves from becoming victims of the crime. This advice ranges from lowering daily withdrawal limits, refusing assistance from strangers and making sure you’re not followed after completing a transaction.

Card fraud resulting from lost or stolen bank cards in South Africa accounted for 46.2% of debit card fraud losses during 2015, according to the South African Banking Risk Information Centre (Sabric).