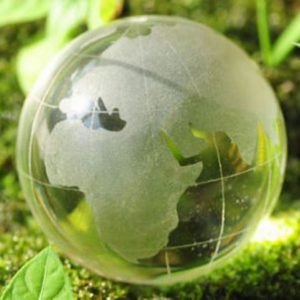 In the 20th century the concept of “green building” was a members-only club dominated by Birkenstock-wearing tree-huggers and environmental activists. But influencers of global warming at the beginning of the noughties rapidly engaged prosperous early adopters, who have in turn initiated a flood of mainstream market acceptance in the past decade as drought and the growing energy crisis have begun to hit home – and the bottom line.

Energy-efficient buildings consume about a third less electricity and half the amount of water than un-retrofitted older builds, which not only significantly reduces monthly utility costs but also impacts long-term financial returns, especially in the commercial sector. Recent research has revealed that energy-efficient buildings enjoy higher occupancy levels and higher net incomes and income growth than their older or unrenovated counterparts.

According to the 2015 IPD South Africa Annual Green Property Indicator released by MSCI in August last year, commercial properties in South Africa with top-quartile energy efficiency delivered a total return of 12.5%, 140 basis points (bps) above the balance of the sample which delivered an 11.1% total return for the same 12-month period.

The Indicator’s three-year report also ending December 2015 reflects a cumulative total return outperformance of 5.3% and a 2.1% higher net income. This was driven largely by superior capital growth as a result of higher occupancy rates, lower discount rates and a lower level of capital expenditure in energy efficient buildings.

Although “green” building is still a matter of choice in South Africa, revised building regulations promulgated in 2011 stipulate that all new buildings must be constructed in accordance with a list of energy-efficient specifications that cover aspects such as roofing, insulation, water heating and lighting. 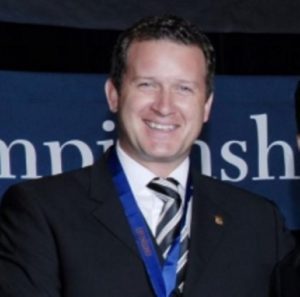 Joff van Reenen, Lead Auctioneer and Director of specialist property auctioneers The High Street Auction Co. (HSA), says in recent years there has been a marked increase in the trend towards energy-efficient and eco-friendly conversion of older buildings, especially in Johannesburg’s most sought-after business nodes.

“The majority of the commercial and industrial buildings HSA auctions are at least 30 years old and, of these, 60% to 70% have been or are in the process of being completely refurbished and retrofitted by the new owners.

Moving off the grid

“Standard eco-friendly upgrades include replacing halogen lighting with LED lights, replacing old windows with UV resistant, double glazed glass, installing low water consumption plumbing and, increasingly common, the installation of smart building management systems with features such as passive infra-red technology that negates the need for light switches, which could number as many as 5 000 in a 10-storey building.”

Van Reenen adds that he is witnessing a growing number of rebuilds specifically designed to operate completely off the grid, with power supplied by energy sources such as solar panels and gas generators. Most buildings designed in this manner usually have the capacity to switch over to mains power as a back-up to ensure productivity is not lost, but if their systems are high quality, this is seldom if ever necessary. He attributes this design trend to the fact that eco-friendly construction has become a lot more affordable in recent years.

“According to the Green Building Council of South Africa (GBCSA) Guide to Costs and Trends Report, energy-efficient buildings now have an average cost premium of only around 5% compared to conventional construction, which means the additional outlay is quickly recovered, then investors only have substantial savings on running costs to look forward to down the line.”

Jack Bass and Rob Odendaal, Directors at Lew Geffen Sotheby’s Commercial & Industrial based in Cape Town’s Southern Suburbs say that although green building is still an emergent trend in the Peninsula, there are a number of companies and developers who have embraced the initiative and are setting the bar.

“With energy costs rising steeply and water an increasingly scarce commodity, landlords are beginning to realise that it is well worth the capital outlay to refit older buildings with key elements like eco-insulation, energy-efficient lighting, water-saving devices.

“We are also seeing a marked increase in mixed-use developments that are not only energy-efficient but also reduce individual carbon footprints by enabling people to live, work and play in one neighbourhood, with most amenities within walking distance.”