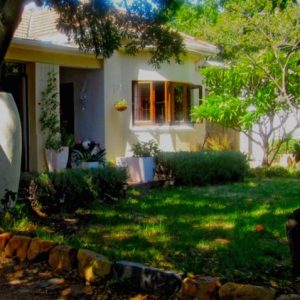 The Cape Town suburbs of Mowbray and Rosebank are experiencing an increase in property values and demand, according to Tina Malyon, area specialist for Lew Geffen Sotheby’s International Realty.

“A decade ago, the median house price in Mowbray was a very affordable R835,000, and in Rosebank it was around R1,1m. It often took months to sell a property, with some homes remaining on the market for more than six months,” she said. “As demand for property in Cape Town spiked and prices in these suburbs followed suit, investors began to realise the value they offered and a steady nominal escalation of 11% per year in both areas took the average house price in Mowbray to R1,43m and R1,85m in Rosebank in 2010.

“By 2015 the average house price was nudging R3m in Rosebank and almost R2,4m in Mowbray.”

“I recently listed five properties in Mowbray and sold two of them within the first two weeks. One was a house in Clifton Road which sold for R2,9m and the other in Belmont Road fetched R2,65m,” said Malyon. “We are also seeing more activity at the upper end of these markets, with the top prices nudging upwards.”

Since the beginning of 2015 to date, 13 houses were sold in Mowbray to a combined value of R24,41m, with four being in the R2,5m to R5m price band, and in Rosebank 14 sales during this period realised R52,1m with five being in the suburb’s upper price band of R5m to R10m.

Both suburbs have very active rental markets, with around half of the purchases now being investment buys.

Arnold Maritz, co-principal of Lew Geffen Sotheby’s International Realty in the Southern Suburbs, said aside from the pool of young professionals and families wanting to rent property in these suburbs, there is a shortage of student accommodation in the vicinity of the University of Cape Town.

“There are in excess of 27,000 students at UCT and fewer than 7,000 beds available in the university’s official residences,” he said. “More than 20,000 students therefore need to find off-campus accommodation, which makes Mowbray and Rosebank attractive suburbs for investors.”