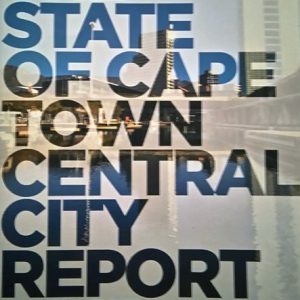 The report, due for release on Tuesday, states the value of property in the CBD rose from R6bn in 2005 to more than R24bn in a decade.

The CCID is a private-public partnership that provides complementary urban management services in parts of Cape Town’s inner city. The report said that more than R8bn of new investment is expected to be made in the CBD over the next five years.

The report also provides analysis on the major sectors that are influencing growth in the CBD, from the roll-out of accessible and affordable broadband in a pilot project being led by the City of Cape Town, to the CBD’s ever-increasing night-time economy and residential allure.

The City of Cape Town has launched a pilot project to ensure that every building in the CBD has the capability to connect to high-speed internet.

On Monday, Rob Kane, the chairman of the CCID, said: “The public and private sectors play a huge collaborative role in driving this economy to succeed, evidenced in the billions of rands that have come into the area in both buildings and infrastructure. As a result, we have seen the value of property here increase from R6.127bn around 2005 to well over R24bn in just over a decade, and conservatively this is expected to be well over R32bn within five years.

“Over the course of 2015, we have seen, conservatively, another R1.872bn of investment committed to the CBD.”

Mr Kane said that this was “conservative” as the costs of some developments announced had not yet been revealed by the developers. “While there is clearly a lot more than this on the cards, we only quote the amounts we can confirm,” he said.

Western Cape economic opportunities MEC Alan Winde said that Cape Town generates more than 70% of the province’s economic activity. “Significant investment in world-class infrastructure and a commitment to cutting red tape have led to the rise in Cape Town’s reputation,” he said.

Cape Town mayor Patricia de Lille said since the city launched its Development Application Management System, 96% of all building plans have been approved within the prescribed time frames and by next year April, the city will launch an online submissions portal for all building plans.

The report also contained findings of a survey conducted with CBD-based enterprises which showed that 86% of businesses intended to remain in the area and 30% were thinking of expanding.