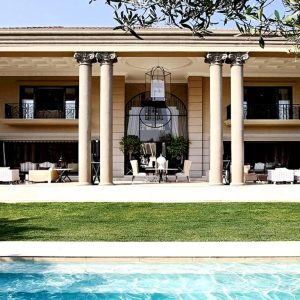 If the thousands upon thousands of words penned in recent months about general sentiment in the South African property sector could be summarised in just a single one, the winner by a country mile would be “CAUTIOUS” – in capital letters.

Industry leaders seems to be couching their words in a packing peanut panacea of caution, but the truth is that if companies come to the table with desirable stock, interested buyers with means are still out there.

In fact, they never went away.

Detractors might at this juncture accuse us of wilfully ignoring the indices. The fact is we’re not and there’s no getting away from the reality of the macro-economic whip South Africa has felt for some time. Is the size of the investor pie smaller than it was three years ago? Yes, it probably is overall, but more to do with a watch-and-wait eye on the long game and a slight liquidity dip than a death of potential spending power.

The thing is, savvy investors are acutely aware the current market conditions are likely to deliver sound long-term returns if they spend wisely, so they are spending – they’re just not flashing their cash. It therefore doesn’t take a rocket scientist to inject activity into the property market at the moment; just give buyers precisely what they want and give it to them at a fair market price. Everyone is open to negotiation right now.

That sounds way too simple by half, but the proof is in returns.

In our final auction of 2018 in late November, while the country was apparently still licking wounds from its recent emergence from a technical recession, we held what was arguably our busiest sale ever with property worth R1.2bn on the offer. Our sales floors in both Johannesburg and Cape Town resembled Piccadilly Circus at rush hour, and we live-streamed to bidders across the globe. So what do buyers want? The list in 2019 will be as long and varied as it was last year because at the moment, investment is going into quality rather than quantity, but there are some stand-out sectors worth special mentions.

One of them is retail, on which hundreds of millions was spent last year. The past 12 months showed a significant decline in new gross lettable retail areas and that’s unlikely to change in 2019, which is good news for existing retail precincts and those who want to buy them. It’s also well known that South Africa already has one of the highest ratios of retail space per capita in the world – largely driven by decentralisation – so it’s not unwise to slow the development of new greenfields precincts while we face a period of economic recovery.

There’s also strident appetite for quality high-end residential. We sold a number of properties at prices well north of R20m last year including the castle at Noetzie, and at the last auction of 2018 an all-out bidding war saw a luxury mansion in Sandhurst finally change hands for R38.325m.

P-Grade commercial developments in Gauteng and on the KZN North Coast, in particular, are also in demand, as are modern industrial premises across the country as the need for distribution hubs grows.

The country has just seen a return to positive GDP growth (2.2% in the third quarter) and in December there was an increase in the SA Chamber of Commerce Business Confidence Index for the third consecutive month. January also saw the Monetary Policy Committee leaving the repo rate unchanged. That’s good news for South Africa and good news for the property sector going forward. Willing investors are out there in the market; perhaps it’s time to park caution and instead focus on giving buyers what they want.

If the property industry consistently offers the best stock and puts a fair price on it, the numbers will follow. It’s really not rocket science at all; just good business.

Joff van Reenen, a Director and founding partner of High Street Auctions, is arguably South Africa’s most experienced, competent and entertaining auctioneer and an expert in property auctions. Van Reenen currently holds the South African record for the highest bid on a single property lot for knocking down the former Kyalami Grand Prix racetrack for R205 Million.