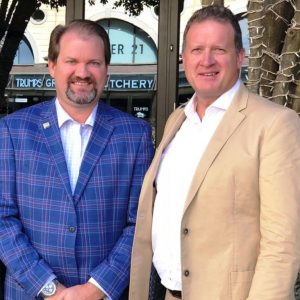 South Africa’s auction industry has evolved to such an extent that the country is now recognised as a player on the global stage by the world’s largest association dedicated to auction professionals.

The SA industry’s position has been cemented with the landmark appointment of the first country ambassador to the National Association of Auctioneers (NAA), the world’s largest professional auction body, headquartered in Kansas, US.

Joff van Reenen, lead auctioneer and director of High Street Auctions, has been named SA ambassador to NAA. He is a long-standing board member of the South African Institute of Auctioneers (SAIA), which was founded in 1989 to provide industry standards.

SAIA is the national association for auctioneers, stakeholders and clients and is a member of NAA. Van Reenen’s appointment comes months after a visit to the country by NAA president Tim Mast, who after attending a multi-property auction conducted by Van Reenen, labelled the sale as “comparable to top-tier property auctions anywhere in the world”.

Mast said: “Auctions are hot at the moment and the momentum is increasing; there’s no sign of a slow-down. This will have a ripple effect across other global markets in the medium term.

“One shouldn’t view the auction industry in terms of whether it’s growing or shrinking, though. There is so much change happening on a global scale that it makes more sense to think about the industry as shifting and changing with the world economy and technological environment.”

Van Reenen says SA’s auction industry has come of age. “Auctioneering is a multi-billion rand sector in this country, covering the smallest to largest commodities. It is also the fairest and most transparent sales method on the planet, because prices are set by the market on the day.

“While I’m humbled to have been selected as ambassador to the NAA, the importance is in the recognition of the country’s industry as a whole.

“The NAA has not only recognised the overall value of the SA market and the quality of our auctions, but also the professional standards SAIA has set for members and our members’ adherence to them, SAIA’s transformation charter and the fact that the majority of association membership now comprises previously disadvantaged individuals.”

The ambassador programme was started to enhance communication between the NAA and state auctioneer associations.