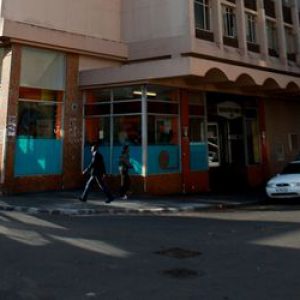 THE number of people living in the Cape Town’s central business district (CBD) has grown significantly over the last 10 years, despite the rising cost of property.

From only about 750 residents a decade ago, the CBD’s residential population is estimated to be about 6,000, moving ever closer to the critical mass that will make the CBD a 24/7 live, work and play environment.

According to the Cape Town Central City Improvement District’s (CCID’s) annual state of Cape Town central city report, the CBD has experienced not only a significant increase in the number of bars and clubs for late-night patrons — an economy for which the area has traditionally catered — but is also seeing an increasing number of new restaurants and other establishments catering for different markets, including families.

Likewise, the number of after-hours events in public spaces has increased significantly over the course of the past years. The report showed that 43.3% of a total of 293 respondents surveyed last year were present in the CBD at night to work in establishments such as call centres, restaurants, bars, buildings (cleaning crews) and other facilities.

The introduction two years ago of the First Thursdays concept, in which art galleries, shops and eateries stay open until 9pm and later, has also attracted a new clientele who have come to realise that vibrant night-time streets are safe streets.

“As the residential component continues to grow, and the demand increases for after-hours facilities to service this market, there is no doubt that the central city downtown over the next few years will become a true 24/7 economy,” the report says.

“For example there are some vacant office spaces which can be converted into housing units … we need creative ways to make more affordable housing available in the CBD and that’s why we are in conversation with property owners and government on this issue,” Mr Fleming said.

According to the CCID, which is a private-public partnership that provides urban management services to parts of the inner city, there were robust property sales in the Cape Town CBD, with 191 apartments selling in 36 sectional title blocks.

The average monthly rentals across a selection of central city residential blocks last year were R7,500 for a studio or bachelor flat, R12,889 for a one-bedroom flat and R27,250 for a three-bedroom apartment.

The chairman of the CCID, Rob Kane, said: “We firmly believe that the next wave of development and indeed growth overall in the CBD will be towards accommodating increasing residential demands, from the need for more apartments — hopefully also including more affordable purchasing and rental opportunities — to the provision of retail and other facilities to service the needs of this growing population.”

According to the report, there is an increasing number of families with children living in the CBD.

The report showed that people are living in the CBD by choice for much longer than what was evident in the past when the CBD was seen as a relatively transient environment largely populated by students and young professionals.

According to the CCID’s online residential survey conducted in August last year, 50% of respondents said they expected to live in the CBD for four or more years.

An overwhelming majority of residents (about 91%) reported being happy living in the CBD, up from about 88% in 2013.