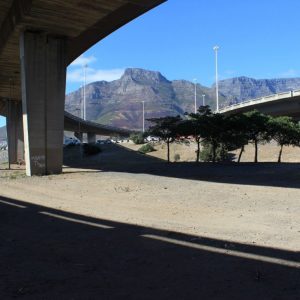 The property industry in the Western Cape is not yet clear on the concept of what could be deemed to be affordable in terms of residential property and the opportunities available to developers in this market.

This according to Deon van Zyl, chairperson of the Western Cape Property Developers Forum (WCPDF).

Speaking recently at the organisation’s annual conference, Van Zyl said that the industry had not moved much closer to understanding the differences between affordable accommodation and low-cost housing.

“We still feel threatened by the misconception of small boxes on small erven, a concept that property economist Professor Francois Viruly calls the 40x40x40 concept – a 40sqm house situated 40kms from work and with transport costing up to 40% of a household’s income,” says Van Zyl.

Referring to the recent Tafelberg School incident in Cape Town’s Sea Point area as “a wake-up call,” Van Zyl asks: “Can we really afford not to use strategically-located state-owned land for affordable accommodation? In other words, for the creation of accommodation for people who are active in the economy, but who cannot pay market prices?”

Van Zyl says it should particularly be noted that affordable accommodation is not charity.

“It’s a business opportunity, just like student housing became an opportunity when universities could not provide sufficient accommodation. When affordable accommodation is able to net square metre prices of around R200sqm, and you place these figures before developers, suddenly the penny begins to drop,” he says.

“And yes, there will be teething problems, but is our industry not about risk and reward in any case?”

Tasso Evangelinos, CEO of the Cape Town Central City Improvement District (CCID), and also an attendee at the conference, echoes Van Zyl’s commendation of the City’s proposed Foreshore Freeway Precinct project, which could see thousands of affordable units incorporated into its design.

“Cape Town’s traditional downtown accounts for 25% of the metropole’s entire economy and over 30% of its workforce. As the CCID, we’ve worked incredibly hard with our various public partners to turn the CBD away from the urban blight it was experiencing nearly two decades ago,” says Evangelinos.

“As a result, we now have a growing residential community and, along with it, a high demand for the apartment stock that is available, which in turn has driven prices up as one would see in any high-demand-low-supply chain.”

This has meant, though, that for most of its workforce, the downtown lifestyle is not something they can afford in terms of residential property.

“And yet, a diverse residential community in which all economic groups have a stake is vital to the vibrancy of a downtown if it is to have a life beyond its office hours,” says Evangelinos.

“The Foreshore Freeway Precinct project is the first public-private partnership that has been put on the table to create affordable options in the CBD. With the amount of government land – from municipal to national government level – that currently still exists in and directly bordering onto the CBD, we hope this will be the first development of its kind and that others will follow.”

Challenging the development industry to start engaging with organisations such as Ndifuna Ukwazi around the concept of affordable accommodation, Van Zyl says the industry needs to break through the fear factor.

“There are developers in Johannesburg and Pretoria who have already found the business opportunity in affordable accommodation. Western Cape developers stand to lose out if we do not educate ourselves on this opportunity,” says Van Zyl.

Elaborating that the real opportunities surrounded the provision of rental units which were not intended to be “forever homes” where “people would one day retire,” Van Zyl says he feels it is time for Cape Town to step up its game in terms of the global trend towards what downtowns abroad referred to as nano units – apartments often no larger than small bachelor flats with community-shared facilities such as kitchens, dining rooms and recreational areas.

CCID chairperson, Rob Kane added that this was essential for the Cape Town Central City to be recognised as being a forward-thinking downtown.

“We already know that vibrant downtowns are becoming drawcards for the Millennials – aged between 25 and 34 years – and the Cape Town CBD is also experiencing this draw,” says Kane.

Indications of this appear in the CCID’s latest annual investment guide, The State of Cape Town Central City Report: 2016 – A year in review, which contained the results of a dipstick survey conducted with CBD households in which over 43% of respondents noted they fell between the ages of 25 and 24.

“Johannesburg already sits in 16th place out of 55 cities on the YouthfulCities index – a global index founded by consultancy firm Decord, in terms of affordability. This also means that Johannesburg has been ranked as the most affordable of all the sub-Saharan African cities on the index,” says Kane.

“We are therefore very heartened by the messaging being put out by the WCPDF, and would also call on developers to investigate properly and engage with affordable accommodation initiatives as viable opportunities in terms of global developmental trends.”