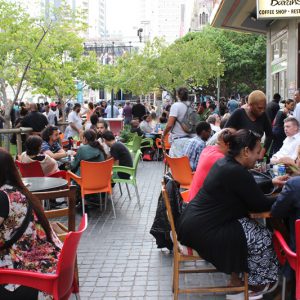 What she means is this: “The Cape Town CBD has spent 17 years getting to the level it is at today, and it is now established as a successful downtown in its own right, in the same way other downtowns such as Central London, Sydney CBD or downtown Tokyo are viewed. These are resilient downtowns that are here to stay, and their desirability as a location is recognised across various economic sectors from business and residential development to tourism.

“And, like them, we also now believe that Cape Town’s Central City is here to stay. While it will no doubt weather economic highs and lows even as any vibrant downtown will encounter, it is highly unlikely that it will ever again see the urban flight that it experienced during the 1990s, particularly as international trends are showing a return to strong downtowns. It speaks to matters such as long-term sustainability, the rise of smart cities and the need to densify.”

Urban flight has, in fact, been a phenomenon experienced by all major traditional downtowns across South Africa, notes CCID chairperson Rob Kane: “And several of them are still struggling to right themselves in the rise of alternative ‘downtowns’ some distance away – such as Sandton City in Johannesburg, or the rise of Umhlanga as Durban’s own CBD declined.

“We believe there are a couple of major reasons for the success of the Cape Town CBD today and, with the correct planning and long-term thinking, these form guidelines for any CBD to follow.” 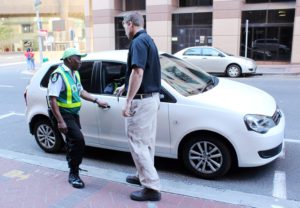 Firstly, Kane notes, is that concerned property owners and civil servants reacted to the decline as it started to happen and took a decision early on to stop it in its tracks in the late 1990s. With the establishment of the CCID in 2000 to render additional top-up services in safety and urban management (to start), people began to see an immediate improvement.

“It took until the mid-2000s to really establish a level of confidence back into the CBD,” says Kane. “But even that did not yet make us resilient, because along with the rest of the world, came the impact of the global financial crisis in the late 2000s. However, because of what we had already achieved via the CCID and our City of Cape Town and SAPS partners, property and business owners continued to ‘keep the faith’, so to speak, in the CBD.”

The fact that the City of Cape Town has established excellent working models and a highly functional bylaw, by which city improvement districts (also known as special rating areas) are allowed to operate, has also been a reason for the success of the CCID. In turn, this has enabled the establishment of close to 40 CIDs in total throughout the metropole today. “This is a second strong reason for the success of the CCID and that speaks to good governance,” says Kane.

“CIDs in Cape Town are run as highly functional units, strictly overseen in terms of the bylaw, and are very much regarded as important partners by the City in terms of its mandate to its citizens.” 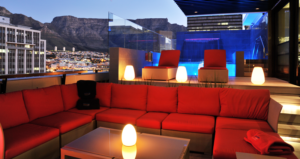 A third reason was the legacy left by the 2010 FIFA World Cup. Kane elaborates: “Because ours was a World Cup held very much in and around our downtown area, with the Cape Town Stadium having been built in neighbouring Green Point, people came through the CBD to attend the matches and enjoy the ambience of the event. What struck us was not only how many visitors experienced the CBD during that time, but how many Capetonians there were ones who had not set foot in the downtown area for many years. Because of the turnaround, we had already experienced business confidence, plus the infrastructure the City developed to facilitate the World Cup (such as the MyCiTi bus rapid transit network), suddenly many locals realised the CBD was once again a great place to be and still had a great deal of potential. So, what the World Cup afforded us was exposure for what we had achieved to date in the Central City.”

The fourth major component to creating resilience comes back to the purpose of The State of the Cape Town Central City Report, and the data that it tracks year on year.

Notes Koblitz: “What we have established is a document of record that is produced year on year, not on hearsay of what we think is going on in the CBD but on factual evidence of the investment values that have been made into the Central City. Truth be told, when we compiled this year’s report and ourselves realised that a value of, conservatively, around R16.232 billion has been committed to the CBD since 2012, spanning between that year and 2019, even we were slightly taken aback. But then, when you realise that just over R8bn of this has been in commercial development, nearly R2bn in public infrastructure and just over R6bn in hotels and residential development, there is a robust spread across various economic categories, and we believe this also bodes well for the future of the Cape Town Central City.”