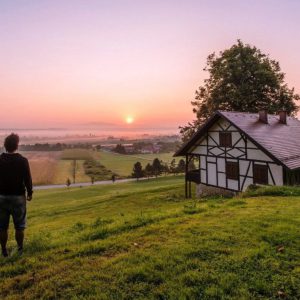 Business Tech: 5 biggest red-flags when buying a home in SA

Certain imperfections may not be perceived as ‘problems’ to all buyers, with many being happy to fix small things once they move in, but there are a number of issues that can’t and shouldn’t be ignored, according to Sandy Geffen, Executive Director of Sotheby’s International Realty South Africa.

“Buying a new home can be overwhelming, not least because for most of us it’s as much an emotional purchase as a financial transaction,” said Geffen.

“With so much information overload during a viewing – especially if we’ve fallen head over heels in love with a home – it is possible, though, to miss important details.”

According to Geffen the biggest culprits are:

The easiest way to check the foundation is from the basement, but if a home doesn’t have one or the basement doesn’t allow for you to look at the foundation, another way to tell if a home is possibly experiencing structural problems is by looking at the door frames throughout the home.

If door frames don’t appear to be square or the doors seem to have difficulty closing, it’s possible that the home has structural problems.

Most water problems in a home are directly related to poor drainage or grading but it’s not always easily detected. The most obvious sign of poor drainage is pooling water, but another is a bouncy bathroom floor that can be evidence of hidden damage such as a leaking shower drain.

If the garden sports mini lakes or continually muddy patches there is probably poor drainage, which can also lead to damp problems inside the home. Other signs of poor drainage can include overflowing gutters, migrating mulch in the flower beds, water stains on basement walls, and cracking in the foundation.

“Rising damp is also often best spotted on the exterior so look for bubbles on outside walls as this could indicate that the damp course was not incorporated in the building stage. This is much more difficult to fix later,” said Lew Geffen’s Sue Alison.

“Roof leaks are also serious and best determined before buying, as water eventually finds its way down the smallest cracks. Look out for black mould or brown patches on ceilings where water may have pooled.”

A coat of paint is undeniably one of the quickest and most effective ways to spruce up a home but if only portions of walls or ceilings appear to be painted, it’s definitely not to be ignored. It’s possible the seller is trying to cover up a problem such as damp, which should be a cause for concern.

“It’s typical to see extension cords running from room to room in older homes. which places a burden on the electrical system, outlets and cords and thus could lead to a fire,” said Geffen.

Another common electrical problem is exposed electrical wires, often the result of DIY repairs. Any wire that is exposed is susceptible to physical damage and if this occurs, it’s sure to wreak havoc. This is high priority and should be corrected by a licensed electrician.

It’s important for buyers to remember that when they are purchasing a home, they are not only purchasing the specific erf and the property itself, they are also investing in the suburb, said Geffen.

“Buying a home in a suburb that is deteriorating or has increasing criminal activity can be a costly mistake and significantly diminish return on investment.”

“Buyers should look for signs such as boarded up properties and a high number of vacant homes or shops in the area,” according to Geffen.