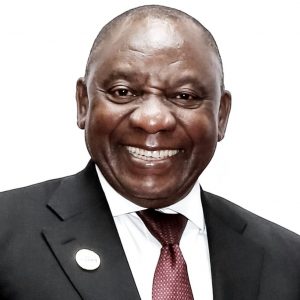 SONA was upbeat but now is not the time for only words, reports Property360.co.za

A disenchanted real estate industry, many of whom say they have not seen the property market (particularly the luxury market) this bad in over 30 years – had one thing to say to President Cyril Ramaphosa after his State of the Nation Address  – “a little less conversation and a little more action please”.

Despite an address that was upbeat, sentiment is that only action can change the tide of a nation in trouble. Some went as far as to say it was clear government could not fix the “broken economy’ and that the private sector had to step up to the challenge.

The highlights of Ramaphosa’s address included:

Prior to SONA experts held out little hope that the address would change the country’s and the international world’s negative sentiment – ‘unless real action takes place, the nation is tired or words – action is now needed’.

FNB commercial property economist John Loos said “words will not change much. Now is a time we need action more than words. There is no quick fix. For anyone to sit up and take notice there will have to be some concrete deliverables.”

Regional director and ceo of Re/Max of Southern Africa, Adrian Goslett said after SONA: “I am interested to see how many of these promises will come into being.

“While some might feel that the presidency has not done enough to solve the country’s most pertinent issues, others will have had their confidence restored by the solutions posed in this address.

“Though we might notice a positive upswing in market activity following the SONA caused by this renewed confidence, this momentum will wane if people become disillusioned by a lack of implementation. Only once his statements around lowering unemployment, improving economic growth and dealing with the Eskom crisis come into being, will we start to see a notable and sustainable change in the real estate market,” says Goslett.

“This country does not have an economic problem. It has plentiful resources and immense growth opportunities. There should be no reason we are not among the world’s elite economies. Unfortunately, we have too many people in positions of leadership who have a lack of integrity and a culture of greed and indifference. True change in the form of investment and economic growth will only come about if there is follow through on corruption and consequences for corrupt individuals. The other solutions President Ramaposha posed during his address will mean little to nothing if we do not get this right,” Goslett concludes.

“The world would be forgiven for thinking they were listening to a rebroadcast of 2019’s speech; we’re in the same place economically and a year down the line the president is talking about the same things.

“Loadshedding is crippling the economy, corruption continues to plague government, our public service wage bill is bloated in the extreme, crime is rampant, the youth need employment and our economic outlook is dire, to say the least.

“The speech also failed to allay investor concerns about the future of private land ownership, which is going to be felt across the economy.”

In his speech Ramaphosa said: “Government stands ready – following the completion of the Parliamentary process to amend section 25 of the Constitution – to table an Expropriation Bill that outlines the circumstances under which expropriation of land without compensation would be permissible.”

Geffen says this push by the executive borders on insanity while the government sits on nearly two million hectares of state land that could be used for redistribution before touching privately owned property, especially in the current economic climate with the country facing junk status.

“The president admitted in his speech that so far only 44 000ha of state land has been released; a veritable trickle in the greater scheme of things. But very ambitiously we’re being told a whopping 700 000ha will be released in the coming year, which will be an administrative impossibility.”

Geffen says one of the few welcome announcements was the substantial sum of R10 billion being invested over the next five years in empowering women in business.

“The president is correct in saying that empowering women is critical to inclusive economic growth, but at the end of the day success is going to hinge on roll-out.”

Geffen says the country was facing worrying times ahead: “We’re staring over the precipice of disaster as a nation and with his opening address the president hasn’t given us much more than jazz hands. South Africa is far from out of the woods.”

Joff van Reenen, director of property auctioneer High Street Auctions, said it’s clear government  was “not remotely equipped nor competent to lead the country out of its economic crisis”.

“Any turnaround now will come from the private sector and business is going to be working alone to pull this country from what can only be described as ‘disaster’.

“This private-public partnership Ramaphosa has touted ever since he walked into the Presidency hasn’t materialised so far and will never get off the ground as long as the government’s policies continue to actively deter investment confidence.

“We don’t need more State ownership, we need less, we don’t need the prospect of land expropriation without compensation or judicial recourse hanging over investors like the sword of Damocles, we don’t need more party-political pronouncements that push us closer and closer to total junk status and we don’t need insane and unworkable government job creation programmes forced onto us.

“We need entrepreneurship, we need innovation and we need business to believe in the future of the country and step up to the plate. As far as government is concerned, the only thing it needs to get right and quickly is a stable power supply so that business can get on with the business of rescuing South Africa.”

Herschel Jawitz, CEO of Jawitz Properties said prior to SONA that South Africans needed to manage their expectations of what President Ramaphosa would deliver in his SONA.

” The economic challenges, which to a large degree are being mirrored in the residential property market, are about a crisis in confidence. To fix this, South Africans – business and consumers – need to believe that the country and the economy will get better. That is going to require a SONA that promises a little, and most importantly, delivers on those promises however few they may be.”