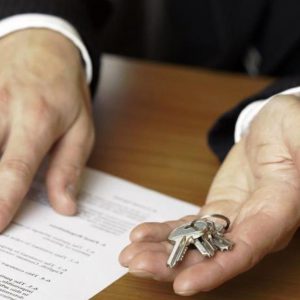 Estate agents commission: All4Women explains what they REALLY do to earn their daily bread

It’s not uncommon for people who are embarking on the business of buying or selling property for the first time to wonder exactly what estate agents do to earn their commission.

Many assume that it’s simply a matter of popping a sale board on the lawn and hosting a show house or two to conclude the deal.

Lew Geffen, Chairman of Lew Geffen Sotheby’s International Realty, says: “This couldn’t be further from the truth. Not only does the simplest sale entail months of work from start to finish; it’s a complex process that requires more than a passing knowledge of diverse fields such as marketing, legal processes and finance as well as fluency in legalese.”

“Add to this a thorough knowledge of the real estate market in the seller’s area in order to accurately evaluate a property to achieve a realistic sale price in as short a time frame as possible and you begin to get the picture.”

“Because these transactions involve many steps, multiple people and organisations and, very often, a strong emotional quotient, simple sales are rarer than one might think,” says Geffen.

“This is why when you’re making one of the biggest purchases of your life, going cheap with virtual agencies and skimping on commission could cost you the sale, or see you lose that dream house. Personal service is what makes dedicated agents worth their weight in gold, and each one has their fair share of tales to tell.”

Dawn Bloch, Area Specialist in Lakeside, Zwaanswyk and Kirstenhof for Lew Geffen Sotheby’s International Realty recently concluded a sale that was not only a race against time but also a nerve-wracking experience for agent, purchaser and seller.

“In the first week of December I received a call from the owners of an historical home in Lakeside who had less than two months in which to sell their home as they were forced to relocate unexpectedly.

“Their initial attempts to sell through an on-line auction company and two other estate agencies that didn’t regularly work in the suburb had failed dismally and they were fast running out of time. Several major agencies were called in to market the property urgently in an open mandate situation.”

“There were also a number of other challenges, and as the home was only partially renovated it required that I identify a purchaser who was able to appreciate the full potential of the property and commit themselves to the further cost of renovation to restore the landmark home to its former glory.”

Bloch then ordered a professional photo shoot to showcase the property to its best advantage and was personally involved in staging and dressing the property to achieve the best photographic result. She also compiled comprehensive marketing material – only to be told by the owner that he had received an offer from another agency, but for less than the asking price and subject to a 100% bond approval.

“Although I was disappointed, I didn’t want them to suffer the repercussions of being let down at the last minute so I advised them to include a 72-hour ‘meet or beat clause’ to protect them as it allows marketing to continue while the bond approval proceeds.

“Fortunately it proved to be the right call as an approved bond was still not forthcoming five weeks later and a very trying period ensued wherein I found a suitable buyer who viewed the property on 17 January and made an immediate offer – for more that the full asking price.”

“The owner was able to invoke the 72-hour clause and, although the other agency fought to the bitter end and made life very unpleasant, the fact is that their client was unable to produce an approved bond by the end of the 72-hour period. I was able to give the owners the right advice at the right time to ensure that their house was sold for more than the asking price.”

Bloch’s colleague, Joanna Thomas of the Upper Constantia team also concluded a deal with enough hurdles and hoops for the transaction to have qualified as an Olympic event when it became convoluted enough for the story to be published as a novel.

Says Thomas: “Last year we listed a lovely but unique home in Constantia that would not suit everyone’s needs but a very interested couple from Europe inquired and I took them to see a few properties – nine or ten viewings over the course of three days. They narrowed down to two properties then finally settled on one – this house – which they also wanted to visit at different times of day and weather conditions, some viewings taking in excess of three hours.

“During one memorable extended viewing, they relaxed and enjoyed a bottle of wine while listening for traffic noise.

“They then flew home without making a decision and emailed a few days later to let me know that they also wanted to view homes in other areas but when they returned to Cape Town they contacted me to say they were still interested in the Constantia house and wanted to put in an offer.” Thomas says there followed a prolonged period of waiting interspersed by bouts of resumed interest from the buyers, whilst the sellers also had several changes of heart and there were numerous occasions when it seemed the deal was off the table for a variety of reasons.

“But then I received another a call from the buyers who were very keen again and I was asked to drive a considerable distance to meet them to draw up an offer – but it wasn’t signed and there was more waiting, another change of heart on the seller’s side as they suddenly decided to keep the house for a while longer and sell at a later date – and so goal posts shifted several more times by both parties.”

Thomas did eventually conclude the deal after several months of ping-pong, extensions, negotiations about furniture and fittings staying or going, a particularly tense negotiation about occupational rent (that the seller didn’t want to pay) and intermittent cancellations of the deal by both parties. But with a display of patience and tenacity that would have broken lesser beings, Thomas finally brokered a settlement that satisfied both sellers and buyers and the property changed hands.

But as Bloch points out, residential property transactions are so much more than simply sales; there is a strong human element as the commodity being traded is people’s homes which have great sentimental value and the decision to sell is sometimes made under difficult circumstances.

Geffen says good agents earn their money, often putting in months of work after normal business hours being friend, mentor, assistant and often even house cleaner for clients with no guarantee at the end of it that there will be a pay day.

“And legally, too, they are invaluable with advice such as knowing how valuable a ‘meet or beat’ clause could be for a seller when it came down to the wire – especially since the property had technically been sold at the time and the agent potentially had nothing to gain, but through sheer tenacity continued to market the property to her best ability.”

“At the end of the day a good agent will guide you through the entire process and will be your go-to person when any issues arise, whether they are a legal bind, a financial stumbling block or even personal issues relating to the move.”

As the very expressive Afrikaans adage so succinctly puts it: ‘Goedkoop is duurkoop’ when you’re buying or selling one of the most expensive purchases of your life.