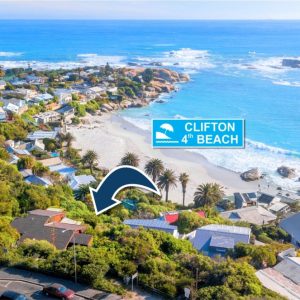 A residential stand in the ultra-exclusive beach bungalow section of Clifton will be sold at auction in September.

According to Rodney Beck, a director at High Street Auctions, the freehold title is located on Clifton’s fourth beach and measures 417 square metres. Bidding on the property is expected to open at R15 million.

Citing data from real estate sales analysis databases such as PropStats, Beck said that only two Clifton bungalow plots have changed hands in the past decade.

“In fact, in the whole of Clifton fewer than 10 vacant land transactions have been recorded since 2009, with the total value of these properties in the region of R200 million,” he said.

“Vacant stands on the beach in Clifton are therefore unquestionably the rarest and most exclusive residential development sites in South Africa.

“The tiny enclave around fourth beach, particularly, is in such demand that investors from across the world are prepared to pay a premium of millions for the most dilapidated, ramshackle cottages, which they then demolish because buyers are only interest in the land on which they stand.”

Beck said that plans for a triple-storey house on the site have already been drawn up and approved by the City of Cape Town, which means that the buyer can start developing immediately.

“The design is the brainchild of Vernon Head, the first South African to win a merit award in the prestigious Willem Van Allen Design Competition in New York, and features a glass elevator, a gym, expansive entertainment areas and five en-suite bedrooms,” he said.

“Catalogue items of this nature are so rare and the location so desirable that we’re expecting fierce competition from bidders on the sales floors on 5 September,” he said.