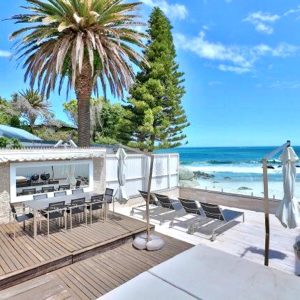 Two exclusive properties in the Atlantic Seaboard suburb of Clifton will go on auction in June.

One of the properties is an undeveloped private plot, while the other property is an ocean-level bungalow.

Joff van Reenen, director and Lead Auctioneer of High Street Auctions, says there is almost no vacant land left in Clifton as a whole, but next month the company will be auctioning the second plot in less than a year on behalf of private sellers.

“At our auction in September 2019, a Cape Town buyer paid R20.35 million for one of the last undeveloped residential stands in Clifton – that one a spectacular bungalow site below Victoria Road overlooking 4th Beach.

“At 455 square metres this more elevated stand on sale in next month’s virtual live-stream auction is slightly larger than the 417 square metres plot that went under the hammer last year.”

“Facing onto the famous 3rd beach in Clifton, the bungalow we’re auctioning next month has uninterrupted views of the sea and is just a step away from the sand. This is one of only seven bungalows that has direct beach access,” he said.

Van Reenen said the large private outdoor entertainment area boasts a jacuzzi, as well as a combined bar and kitchen.

“One can relax in a lounger on the expansive jacuzzi deck while sipping sundowners and watching the waves breaking gently on the shore, cooling down intermittently with short walks across the sand to dip in the ocean.”

The auctioneer said the bungalow is well decorated with quality floors and finishes, and all rooms feature large windows to make the most of the spectacular views.

“There are two ocean-facing en-suite bedrooms with sliding doors and a well-appointed kitchen leads to an open plan living space and TV room. It’s a comfortable, relaxed home very conducive to family living.”

Van Reenen says a massive bonus for such a stringently regulated zoning area is that plans have been approved by the city council for the property to be extended onto the deck and for the height to be increased. The approved plans also include a swimming pool.

Van Reenen said that the 9 June sale will be a virtual live-stream auction in which all bidding will be done via digital channels including mobile app input and Zoom.

He added that buyers can do detailed 3D virtual property tours in advance.

Commenting on the impact of the coronavirus, Van Reenen said that the auctioneers have seen no difference in numbers between bidder registration and attendance at previous live auctions and for May’s first fully digital virtual auction.

Those bidding in this virtual sale hailed from the US, the UK and across South Africa from Cape Town to Gauteng, KZN to Limpopo, he said.

Stay up to date with the latest news at BusinessTech