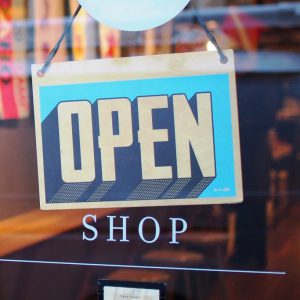 Despite experiencing the weakest growth in seven years, a drop in the Consumer Confidence Index from 3 to 10 between the third and last quarter, and a year end GDP growth rate of just 0.3%, the retail sector in South Africa performed better than expected in 2016.

Lance Chalwin-Milton, Joint Managing Director of High Street Auctions, says: “The sector has also seen a number of significant market shifts with one of the most prominent being the resurgence of smaller shopping centres, both in the sales arena and market performance. Last year, regional and super regional centres achieved only marginal increases while smaller neighbourhood centres have continued to deliver solid performances with vacancies dropping from 9% during 2016 to 5.2% by the end of the first quarter of 2017.

“There have also been a record number of deals concluded since 2011, with 83 retail properties ranging from neighbourhood to small regional malls sold during the year; a clear indication of transactional interest returning to key metros after three years of growth outside the major metropolitan areas.”

According to JLL SSA Head of Research, Zandile Makhoba, overall investment value amounted to R7.18 billion in 2016, with the Western Cape passing the Rlbn mark with a value of R1.39bn in retail investments last year.

Three high quality transactions contributed to most of this value, including Eden Meander, Makro Cape Gate and Somerset Value Mall.

Says Chalwin-Milton: “One of the driving forces behind the spike in sales is the fact that many property portfolio managers have reacted to the prevailing economy by consolidating their portfolios and divesting of smaller assets. There is a healthy appetite for these smaller, local malls and investors are snapping them up to build up portfolios as they generally perform well as evidenced by recent statistics. But if newly built, they can take at least five years to begin delivering returns.”

The Sediba Shopping Centre in Hartebeespoort in the North West is a prime example of this type of Property Fund portfolio reshuffle. The busy retail centre, with a gross land area of 10 887m2 and more than 60% tenanted by nationally represented brands, was sold by High Street Auctions in July for a total of R95 million.

Chalwin-Milton believes that one of the key factors contributing to their solid performance is the convenience they offer shoppers in increasingly congested urban centres.

“Rampant urbanisation in the major metros in recent years has significantly increased the time people spend in cars, and at the end of a long day most commuters are more than willing to exchange the broader store selection of larger malls for the convenience of popping into their local centre.”

There are a number of other reasons that the larger centres under-performed last year and saw a rise in vacancies, including the closure of standalone stores by several international brands like Mango and Nine West, which will only maintain a presence under Edgars, and the recent completion of several new large malls.

Despite the subdued performance of the larger malls during 2016, the latest Retail Market report by JLL SSA further found that retail has with the lowest vacancy rate compared to other asset classes like industrial and office markets.

However, in light of the growing political instability coupled with significant market shifts, this is cause for cautious optimism at best with a very rocky road looming ahead for retailers who do not keep abreast of these changes and plan accordingly.

“Online shopping is not yet as established in South Africa as it is in many other countries. The fact that media giant Naspers recently bought a controlling stake in Takealot is a clear indication that it is an emergent trend not to be disregarded.

“The digital age has also impacted consumer trends, preferences and habits and understanding what your customers really want has become far more complex since the broad adoption of the internet and smartphones.

“In order to stay ahead of the game, it is essential for retailers to incorporate technology in their marketing and communication strategies and be very cognisant of the influence of social media and modern phenomena like blogging.”

Van der Bergh adds that it’s important to remember technology is no longer merely a convenience; instant access to information and communication has become integral to people’s lives and business can choose to embrace it or fall by the wayside.

Analysts and experts agree that the retail sector needs to buckle up for a rocky road ahead. The ratings downgrades by two of the top three global ratings agencies, an unstable currency and spiralling consumer inflation are a sombre hat trick that present a slew of challenges.

Add to that increasing competition from established international brands and the retail sector becomes a highly competitive arena in which only the fittest and most sawy will survive.