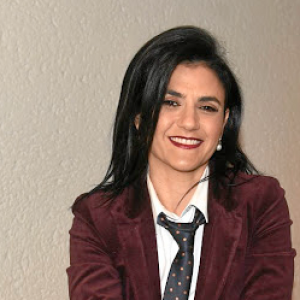 The young CEO of Sotheby’s International Realty SA has the daunting task of growing the company at a time when online firms are trying to steal market share from traditional estate agents.

As the newly appointed CEO of Sotheby’s International Realty SA, Yael Geffen becomes the only woman to head one of SA’s top four real estate groups.

At 38, she’s also one of the youngest CEOs in the industry. She has the daunting task of spearheading the family dynasty’s next growth phase at a time when the industry is facing a number of challenges.

The family legacy spans nearly 65 years and was founded by Geffen’s late grandmother and industry trailblazer Aïda Geffen, who founded Aïda Real Estate in 1952 and later listed the company on the JSE. In 1982, Geffen’s parents, Lew and Sandy Geffen, started Lew Geffen Estates in the northern suburbs of Johannesburg with a handful of agents. The Sotheby’s International Realty brand was added to the business name in 2002. Today, the group has a footprint of 73 offices and employs just under 800 people.

Geffen concedes that she’s stepping into a difficult position in a tough economic and political climate. Not only are housing sales under enormous pressure, but estate agents are also under threat from tech start-ups that are challenging traditional business models.

But Geffen is no newbie to the industry and she has what it takes to ensure the group remains relevant in a rapidly evolving world. Geffen, who has an MA in integrated marketing & communications strategy from the AAA School of Advertising, worked in New York and Los Angeles for six years in marketing, sales and advertising.

When she returned to SA in 2006 to join Lew Geffen Sotheby’s International Realty, her father insisted she learn every aspect of the business.

“I joined as an apprentice-cum-skivvy under my late brother Barak Geffen and worked my way up from the bottom. I wouldn’t have wanted it any other way,” she says.

The single mother of a four-year-old boy describes herself as tenacious and outspoken, a trait she no doubt inherited from her father and one she has honed over the past few years as host of a weekly talk show on community radio station Chai FM.

A key focus area for Geffen will be to position Sotheby’s International Realty SA as a market leader in the digital sphere. “It’s no longer enough to have a presence on Facebook and Instagram. If you want to stay ahead of the game, you have to embrace digital innovation and experiential marketing in its entirety,” she says.

Geffen is unfazed by the advent of fixed-commission, online property portals that aim to cut out traditional real estate agents in the home selling process. “New competition has actually been good for us as consumers start to realise that online players often can’t back up their low-commission proposition with the same level of service offered by experienced real estate agents.

“Buying a house is a major investment and given current tough times we believe it has become more important than ever for clients to deal with a trusted brand.”

Sotheby’s International Realty SA’s latest sales figures underscore Geffen’s view. Group turnover is up 6% for the year ending February, which is no easy feat in a downturn. “The fact that we have grown our market share in a recessionary market clearly speaks to the strength of our brand and the expertise of our agents,” says Geffen.