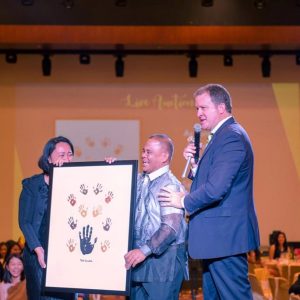 25 October, 2018 – A lithograph of former South African president Nelson Mandela’s hand has been sold at a charity auction in Hong Kong yesterday for R462,000. 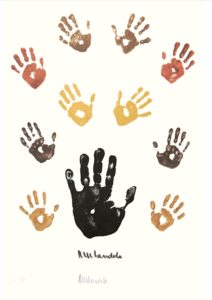 The piece, known as Impressions of Africa, features the hand print of the former leader flanked by ten other prints from South African children who were living with Aids.

While 500 examples of the lithograph exist globally — with some of those belonging to Prince Charles, Oprah and David Beckham — this particular example is signed by the Nobel Peace Prize Winner and belonged to the Mandela family before it was sold.

More Mandela memorabilia will be auctioned at the Mandela 100 Centenary celebration, hosted by the House of Mandela and Global Citizen, in Johannesburg in December.