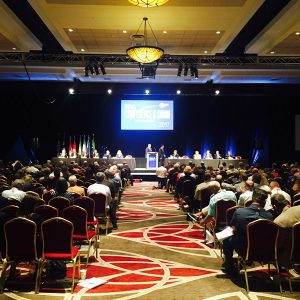 A tumultuous year of global political shifts that will no doubt receive special mention in the annuls of recorded history have created a lacklustre economic outlook across the world. But the auction industry has remained relatively immune and has in fact benefited from shifting market trends. 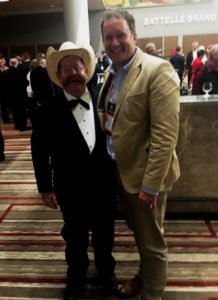 So says Joff van Reenen, Lead Auctioneer and Director of The High Street Auction Co. who recently returned from the 68th International Auctioneers Conference & Show held in Columbus, Ohio, which brings together auctioneers from across the globe.

Van Reenen says overall sentiment among the more than 1 000 auctioneers at the gathering was upbeat.

“The political landscape is rapidly changing around the world, Brexit and the election of Donald Trump to name just two examples.

“Despite this, the auction industry appears to be on a solid footing and real estate auctions in particular seem to be in a growth phase globally, but not for the most obvious reason because there doesn’t seem to be a spike in foreclosures.

“In many countries auctions are the dominant players in the real estate market, Australia being a prime example, and public perceptions of them simply being dismantlers of insolvent entities has changed considerably in recent years. Consumers see true value in selling property by auction because they are absolutely transparent and they deliver fast results”.

Among the advantages of the auction model are pre-set sale days that give sellers a precise time-line for the disposal of their assets and reserves provide a “no harm no foul” safety net if the market on the day doesn’t place the same value on the asset as the seller.

“In South Africa, the softening at the top of the real-estate market in response to the prevailing economy has seen sellers facing increasingly stiff competition and they are looking for marketing alternatives that will offer them the best return in the shortest possible time frame.

“Auctions provide exactly that, which is why the industry is currently doing well.” International auctioneers who a ended the conference echoed Van Reenen’s sentiments about the health of the industry. Andy White from Ashford, Ohio, a global champion auctioneer and only the second ever triple crown winner, says: “Real estate auctions are probably one of the fastest growing facets of the industry because buyers are looking for transparent market place and sellers are looking for a place to sell a property as fast as possible and still get market value.”