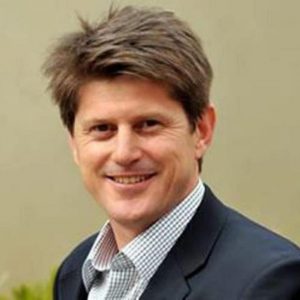 There’s no such thing as an inexpensive property investment mistake, says Lance Chalwin-Milton, joint MD of specialist property auction house The High Street Auction Co, but some markets are more equal than others, and in the South African commercial real estate sector, Cape Town is where ill-informed decisions are likely to exact the largest toll.

His cautionary note is specifically aimed at Cape Town’s thousands of new “semigrants” looking to launch or transplant enterprises in a commercial real estate market that is both unfamiliar and on average substantially more expensive than other parts of the country.

“Despite a depressed national economy, semigration to Cape Town continues, albeit at a slightly slower rate than in 2015/16. The strong net inflow trend has in recent years driven Cape Town’s annual house price inflation to nearly double the national average.

“This influx of wealth has also ignited the regional economy, spurring commercial development and urban regeneration in many areas. Sections of the city have seen simultaneous and often considerable commercial sale and rental property price increases, while – for numerous reasons – other areas are currently regarded as unattractive investment prospects with uncertain ROI. 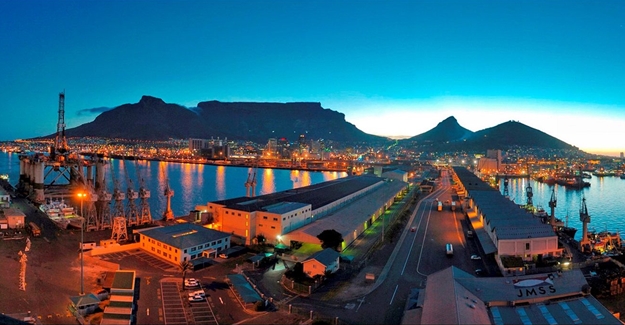 The vibrant hub created by the CBD and Waterfront business nodes is the heart of commercial Cape Town. Image: Andrew Ingram

“Investors who are unfamiliar with the local market face a double-edged sword; depending on the nature of their businesses, they are as much at risk of a larger than necessary initial capital outlay if they opt to open their doors in high demand areas, as they are of inadvertently tying themselves to start-up millstones with commercial property purchases or long-term leases in the wrong part of town. And in Cape Town, sometimes only a couple of kilometres separate the two.”

Chalwin-Milton says hitting the commercial property “sweet spot” requires knowledge of Cape Town’s chronically congested traffic networks, consideration of where the bulk of a company’s potential workforce and specialist expertise is likely to reside and open-mindedness regarding decentralisation options.

“According to the Cape Town Central City Improvement District, some 30% of the entire city’s economically active populace is currently employed in the less than 2km2 that comprises the CBD footprint. That’s an enormous number of residents converging on a very small area to go to work, and excludes visitors and approximately 30,000 people who are serviced daily by the various government departments within the downtown precinct.

“Even with excellent public transport infrastructure and billions being invested in new developments, the neighbouring business nodes of the CBD and the Waterfront aren’t necessarily a ‘one size fits all’ solution for new enterprises; especially those requiring larger premises. Businesses should consider the dual issues of top rates for P- and A-Grade spaces, as well as rapidly worsening traffic congestion that’s the inevitable result of so much development in such a small footprint.”

Chalwin-Milton notes, though, that the CBD is the hub of corporate activity in Cape Town as well as the city’s core of legal professionals, financial services sector businesses, call centres and a variety of communications companies from publishers to advertising agencies, among other industries. It is also a rapidly expanding specialist medical services precinct, and has in recent years evolved into the city’s premium gourmet destination – the latter of which underpins a rapidly expanding after-hours economy.

According to a Jones Lang LaSalle (JLL) South Africa research document on the Cape Town office market in Q1 of 2017, the average rental price of P-Grade office space in the CBD was R185/m² and R235/m² in the Waterfront.

“From an investment purchase perspective, rates in this bracket are an extremely attractive value proposition if a relocating company has the opportunity to buy rather than lease in these locations and the means to afford surplus space to rent out,” says Chalwin-Milton. “If that is the case, though, it’s worth taking the time to explore investment opportunities in so-called decentralised locations in the city that are less affected by traffic congestion.

“These areas potentially offer terrific returns for investors, but conversely can create unnecessarily high startup costs for semigrants looking to lease office space for their new or relocated business ventures.”

Best options in the Northern Suburbs

Chalwin-Milton believes that the best commercial options in Cape Town at the moment lie in the Northern Suburbs – or even slightly further afield in the Winelands towns of Paarl and Stellenbosch. Just a short freeway ride from the city limits, they are home to thousands of skilled semigrants who have settled in the region in recent years.

“The business node around Tyger Valley has been flourishing for a long time and is consequently already a successful commercial district, but not yet on the price scale of Cape Town’s more centralised areas.

“The same is true of the Winelands towns near the city limits. These locations will almost certainly offer a decent return on investment for new buyers as well as a more cost-effective option for prospective commercial tenants. And compared to Gauteng commuting, the distance is equivalent to or less than living on the East Rand and working in Sandton, or living in the Northern Suburbs and working in Joburg’s CBD.

“For companies not interested in the long game, slightly riskier investment areas at the moment are Bellville and the Voortrekker Road Corridor. They offer fewer fully renovated options and rentals are reasonably flat, but at the same time provide speculators with a hefty UDZ tax incentive. The City of Cape Town also considers these areas to be strategically important development nodes and more resourcing for Bellville, in particular, is on the cards as one of five defined transit-orientated development (TOD) projects.”

Chalwin-Milton offers a final word of advice; business owners looking to establish themselves in Cape Town must bear in mind the restrictions created by the peninsula’s unique geography.

“There simply isn’t endless space for the city to develop, and demand for the limited amount of land will keep prices at a premium. Figure out what’s important for your business – whether you’re in it for a quick turn-around or you plan to stay the course – and adjust your location expectations accordingly.”.