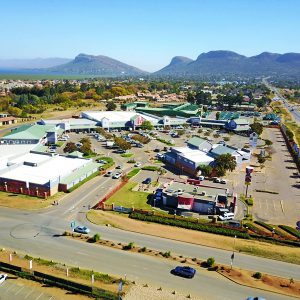 Industrial property appears to be continuing the upward curve that started in 2016 when the sector’s performance overtook that of traditional market leader, retail, in delivering the highest returns for investors.

This according to Lead Auctioneer and Director of The High Street Auction Co. (HSA), Joff van Reenen, who was commenting after the company’s latest multi-property sale at Summer Place in Hyde Park on August 22.

“August’s sale continued what has become an emergent trend for HSA in 2017; the strong performance at auction of older industrial sites in prime locations that are affordable and ripe for redevelopment, as well as vacant industrial sites similarly positioned.

According to the 2016 IPD South African Annual Property index, industrial property was the top performer of the year with a total return of 13.6%. Retail showed a return of 12.6%.

According to the IPD Index, the highest-performing core industrial category was high-tech industrial with a total annual return of 18.1%, driven by the increasing demand for regional warehousing-type distribution centres servicing the exponentially developing online shopping boom.

IPD’s highest overall performer for 2016 was neighbourhood shopping centres, which produced total returns of 20.3%, although the report noted that “(these) returns should be seen in a longer-term context, which suggests a return to trend growth in 2016 rather than continued outperformance”.

“A prime example is the Sediba Shopping Centre in Hartebeespoort that we sold for R95 million all told in July. This period of asset consolidation by the industry’s whales has been exceptionally good for smaller, emergent funds because it’s afforded them the opportunity to acquire retail assets like Sediba that are rarely seen on the market.

“And in terms of prime industrial, in the latest sale the hammer fell at R5 million on a retail/warehouse space in Alberton North with a Gross Land Area of just less than 2 000m².”

Van Reenen notes that another strong auction performer in recent months has been multi-property sectional title lots in northern Johannesburg; “anything within reasonable commuting distance of Sandton”.

“In this month’s sale, for instance, we had one lot of 20 apartments ranging in size from one bedroom to three bedroom units for sale in Killarney. Considering the building in which they’re situated comprises only 35 units, this also gives the buyer control of the body corporate. Needless to say it was an easy sell, with the hammer falling at R18.5 million.”

The next High Street Auction Co. sale starts at noon at Summer Place on September 19. For more information visit https://www.highstreetauctions.com/.