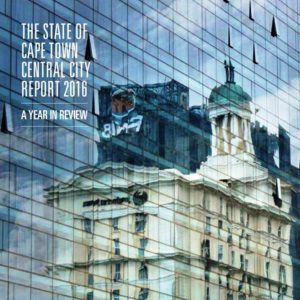 Cape Town – Approximately R16.232bn of investment has, conservatively, been committed to the Cape Town Central City since 2012 and up to 2019.

Published for the fifth year in a row by the Cape Town Central City Improvement District (CCID), the report (which annually reflects on the economic climate in the CBD across the previous year), details that between 2012 and the end of 2016, just under R4.486bn in property investments were completed.

There is also currently R4.32bn under construction, and another R7.426bn is either in planning or in proposal development phase. 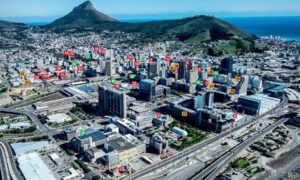 According to Rob Kane, chairperson of the CCID, the term “conservatively” is used as the base of calculations only on developments for which investment values could be confirmed.

“Sometimes the costs of developments announced have not yet been revealed by developers, and thus the numbers we publish in the report are only those that have appeared somewhere in the public domain,” said Kane.

With the City of Cape Town’s official property valuation in the CCID footprint having reflected a nominal value of just under R23.725bn in 2014/15, the most recent valuations (2016/17) revealed that these now stood at just over R30.628bn.

This, notes Kane, could take values well beyond R42bn by 2019, taking all current construction and proposed projects into account – a 77% increase in property values in the CCID footprint within just a four-year period.

“Of course, there are numerous other developments that are happening just on the boundaries of the Central City – in areas neighbouring directly onto the CBD – from the Culemborg area in the southeast to the V&A Waterfront in the northwest that also reflect the overall confidence in the development of the downtown region,” Kane added.

There was also enormous anticipation around the City of Cape Town’s proposed Foreshore Freeway Precinct Project, in which it is hoped successful public-private partnerships will be formed to bring much needed affordable housing to the Central City. 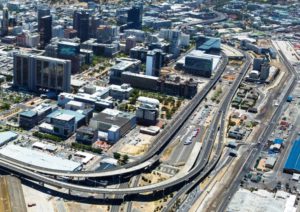 “We have a substantial CBD workforce that commutes many hours a day to get to work and spends up to 40% of their income just on transportation,” said Kane.

“The values of private property in the CBD, even of underutilised commercial buildings, are now such that it has become difficult for private developers to construct affordable housing, but a public-private partnership could very successfully enable this to finally occur.”

Carola Koblitz, CCID communications manager and the editor of the report over the past five years, said they are very aware that for a downtown to succeed as both a business and residential node, it must be accessible to all economic groups if you are to create a truly vibrant downtown community.

“Because of this, we have also included in this year’s report extensive analysis on the four different ‘nodes’ or precincts that exist within the Central City footprint,” she explained.

“For example, the night time or ‘after-hours’ economy of the Central City now has more to cater for than just the late-night, club goers. We estimate that there is currently a residential population nearing 7 000, which could well grow to a community of around 12 000 by 2019.”

There is also growing interest from call centres in the area – currently there are 37 just in the Central City alone.

“These are all people who could benefit enormously from expanded retail offerings and extended retail opening hours beyond 17:00 on a weekday,” she said.

Commercial property trends outlined in the report also demonstrate confidence in the Central City. According to figures supplied by the SA Property Owners Association (Sapoa), commercial vacancy rates are down to 9.4% overall, from 10% in 2015, with the most significant drop occurring in the premium grade where year-on-year vacancies have fallen from 25% (in 2015) to 13.8% (in 2016). 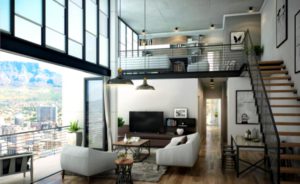 Upmarket living in the CBD

“However, we are also starting to see a healthy steadying of the market: the year-on-year increase between 2014 and 2015 stood as high as 30.86%, but this also came off a very low base as the interest in the CBD as a residential node was really only revived from around 2014 onwards, following the burst of the financial market (and property with it) globally at the end of the 2000s,” she said.

Janine Myburgh, president of the Cape Chamber of Commerce & Industry, said the chamber is encouraged by the report of R16bn being committed to the Central City.

“We should not lose sight of the fact, however, that the city needs to have a balanced work/residential ratio,” said Myburgh. “With the current commuting problems we have, this is clearly not the case.”