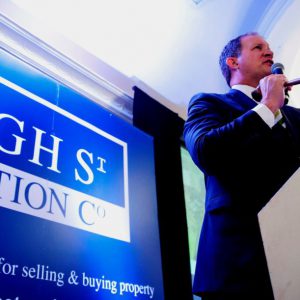 Prime real estate worth hundreds of millions of rands went under the hammer at the end of June in the largest auction measured on sale lot volume ever conducted by South Africa’s leading specialist property auctioneers, The High Street Auction Co.

In excess of 50 properties in 41 sale lots including upmarket office parks, retail centres, industrial developments, residential manor houses and even a cemetery completed a compelling sale catalogue for the exclusive auction held at Summer Place in Johannesburg’s Hyde Park.

And even at High Street Auction Co. Lead Auctioneer Joff van Reenen’s customary swift, professional pace that ensured bidders remained rivetted, the sheer volume of the catalogue made for a marathon sale of more than two and a half hours.

“It’ll take a while to do the final sums but it’s already clear that this, our biggest ever sale, will go down in the High Street Auction Co’s history books as a Red-Letter sale day.

“The fact that the current wealth of market supply is being met by equal demand indicates there is still money flowing through our sluggish economy, which is also extremely encouraging,” says Van Reenen. 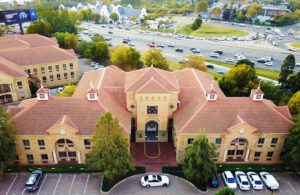