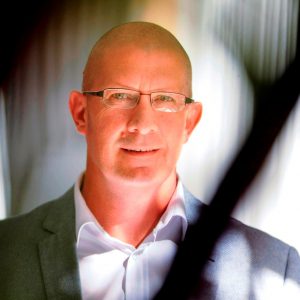 JP van der Bergh knew plenty about mines but nothing about the property industry. What he did know was what he, as a consumer, wanted when buying a property, and he had the foresight to layer on the needs of tomorrow’s property buyers.

For someone who has spent almost two decades successfully providing hands-on support services for the mining industry, the last thing you’d expect is a mid-life career switch that not only crosses industries but also light years in technology.While it might be much more acceptable in today’s ever-changing digital world to eschew the traditional long-term stable corporate career, it takes an inordinate amount of courage and perseverance to take a leap of faith into an entirely new world to realise a dream.It also requires tenacity to weather a tremendously steep learning curve, as discovered by Johannesburg entrepreneur and innovative property industry upstart, JP van der Bergh, who has stopped counting the number of “speed wobbles” he’s experienced since he first decided to dive head-long into an industry he initially knew nothing about.

Van der Bergh is the founder of Propscan, a next-generation property search engine app that’s designed to be as mobile as Millennials and to keep users coming back for more because—in a nutshell—the technology fascinates them.Propscan was first conceptualised back in 2015 when sophisticated leaps being made in the digital space captured Van der Bergh’s imagination and made him wonder how rapidly-accelerating consumer enchantment with “toys”, such as Virtual Reality headsets, could be turned into profit.

Then a net-surf that included browsing houses for sale changed the course of his life. That small “ah-ha!” moment turned into a full-blown “eureka!” after he conducted an audit of property search methods in South Africa.His incontrovertible conclusion was that there was room for improvement in the scope and efficiency of both the digital portals available to consumers and in the marketing platforms offered to the industry. Put simply, sexier tech would offer much better showcasing and make the property-hunting experience more fun for consumers.Van der Bergh was suddenly a man with a plan, but he had absolutely no idea how to execute it. And so the learning started, because a lifetime of working in mining support did not in any way, shape or form, translate to knowledge of developing a multi-functional mobile app to provide a budget-friendly, instantly attractive service to an industry that was alien to him.“I’ve been continually tested on so many different levels and quite literally forced to expand my sphere of knowledge and expertise—sometimes with what felt like a mental crowbar. I’ve had to learn everything from scratch across diverse fields, from IT and app development to an array of legal aspects, including copyright and licensing agreements, as well as trademark and patent applications. 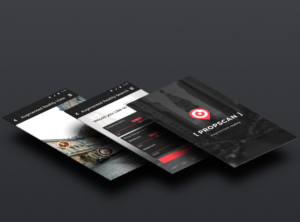 “I’ve also had to forget everything I thought I knew about marketing and get to grips with thinking outside the box, which, admittedly, proved easier once I’d aligned myself with service providers who share my vision and enthusiasm,” he says.“My initial assumption when I conceived the basic idea for Propscan was that it’d be a fast coding process to create the app platform, followed by annual updates. I was very quickly disabused of the notion, though and by launch date last year, the final product had already undergone seven upgrades and major coding changes from our initial platform.“Every time I thought we were done, we would find ways to further enhance and streamline the experience for both the real estate industry and end users, until I eventually realised that this will be a continuous journey and a perpetual work in progress as we strive to offer the best product. It was time to launch, so we did.“The app’s features are phenomenal after seven incarnations, but when you become this passionate about something it’s your baby and you want it to be perfect. We could easily have done another seven upgrades, but technology is evolving so fast that putting yourself in the market is more important. In future, we’ll simply progress with the cutting edge of mobile digital functionality,” he explains.

Despite starting from a zero-knowledge base, van der Bergh’s seed of an idea in 2015 and his subsequent gamble leaving behind an industry, which had supported him well for two decades, has now paid off.He’s successfully marketing the Propscan platform to realtors across the country with an unmatchable selling point—3D Virtual Reality property showcasing using simple technology that agents can operate themselves without calling on expensive external video production houses.It’s cost-effective and it offers remarkable detail but, most crucially, consumers find it far more enjoyable to explore prospective homes this way compared to swiping through a traditional, often amateurish spread of 2D photographs.

As with all new consumer products, though, innovation is only a smidgen more important than launch timing.And van der Bergh says, while he had no way of knowing just how closely his planets were aligning when he first conceived the notion of a Virtual Realty property search engine back in 2015, he would eventually launch the app during the most pivotal and volatile period the real estate marketing industry had experienced in recent history. In South Africa, Property24 and Private Property have gradually become the online property search portal giants with no competitors coming close to their market share. They are the country’s property marketing equivalent of Facebook, which has close to two billion active users globally, and is nearly twice the size of its nearest social media platform rival,” van der Bergh explains.“But since two industry Titans dominated locally, there was competition and realtors had a choice of where to market according to their budgets and required exposure.

“It is very often the small businesses and innovative players who identify new trends and put current products and services under a microscope, identifying potential areas for improvement and enhancement,” explains van der Bergh.In an interview with Fin24 last year, leading SA trends analyst, Dion Chang, founder of Flux Trends, said one of the most disruptive future business rebirths would be the death of legacy companies, which will be replaced by agile start-ups with lifespans of approximately 15 years.”It is important to understand the mega-trends that kick-started the disruptions. We are at a crossroads where one really does not know where it will go.The happily disruptive consumer wants to have

The house that tech built

Van der Bergh believes the technological revolution of the past decade that’s completely transformed almost every aspect of modern life means business either has to line up for the race to reach consumers or make peace with the fact that they’ll soon become economic dinosaurs.“Digital progress has altered every aspect of our lives, including how we communicate, conduct business, access news and even how we shop, with practically every commodity now available to buy online.“And although substantial financial transactions, like purchasing property, will usually be concluded in person, research by the US National Association of Realtors reveals that 90% of home buyers search online at some point during their home buying process, and 100% use the Internet to research a specific home once the choice is down to one or two. Statistics for South Africa are not as definitive, but indications are they are won’t be far off the NAR research’s mark,” Van der Bergh says.

One of the biggest benefits of the digital age is the convenience of instantly accessible information, especially in the real estate industry where it has significantly reduced the initial “legwork” by allowing buyers to view available listings and create a viewing shortlist before actually leaving home.Van der Bergh says: “Technology is no longer merely a convenience; instant access to information and communication has become integral to people’s time-poor lives and this has precipitated a global trend towards utilising a single digital device.

Google recently released data showing that for the first time, the search engine is receiving almost twice as many search requests from mobile devices as from desktops, with smartphone users carrying out an average of some 220 tasks on their devices every day.“What this ultimately means for business is that a complete change in their approach to consumer brand interaction is essential if they want to stay ahead of the curve.“Two years ago, I knew nothing about the real estate industry but I did know that advancements in technology made since the collective marketing approach was first ushered in by search engines like Property 24, could grow their bottom lines if the buying and selling experience was more enjoyable and practical for their clients.“Affordable virtual reality technology has only really hit the global market in the past four years, so that along with augmented reality were the logical next steps for an industry that’s specifically in the business of trying to make people imagine how they’d feel living or working in a particular space. You don’t need to be an industry insider to work out that people would love to virtually explore rooms rather than just flicking through photos. It’s not rocket science, just basic common sense.

Says van der Bergh: “The inescapable truth is that technology will continue to evolve and advance at a rapid rate and we can choose to embrace it or fall by the wayside.“For the sake of the average person’s sanity, I wouldn’t necessarily recommend trying it my way, cramming 10 years of tech advancement into one hard year when your brain feels like it’s going to explode from the constant information overload. That on top of learning the ins and outs of an entirely new and at times fickle industry, which was challenging—especially when you’re used to taking business meetings in shorts and a T-shirt!“Then there was the floundering along with Media and Marketing 101 until a kind soul came along and rescued me. I don’t think even one element in the process of creating Propscan would be found in a Graduate School of Business textbook on how to launch new products, but we’re built of tough stuff in Johannesburg and I’ve survived worse.“The point is, though, that while companies like Propscan are fledgling start-ups today, they have the potential to take over the world tomorrow as consumers discover them, love them and share their experiences because the voices of the ‘me generation’ and the ‘now generation’ are becoming the strongest in consumer marketing. They understand technology better than anyone on the wrong side of 35 and they’ve fully integrated it into their world.

“They’re also the next generation that’ll dominate the property market, so if the industry isn’t playing in their mobile spaces, offering them technology above the norm that’ll both engage them and engender future brand loyalty, there’s little hope of catching them again later,” he explains.Van der Bergh says institutional business should climb on the bandwagon now and team up with more agile, dynamic brand partners who often have the ability to get the job done much faster than corporates who have to go through numerous reporting channels.“The benefits of dealing with a start-up business are numerous,” says Van der Bergh, “not least that you deal directly with the decision-makers, which significantly reduces the time-lapse between first contact and action. Corporates simply can’t move at that speed and increasingly frustrate a society that is accustomed to instant gratification.“If I had only one word of advice for South African entrepreneurs—especially in the current economy—it would be to paraphrase the wisdom of Franklin D. Roosevelt that the only thing to fear, is fear itself,” he concludes.