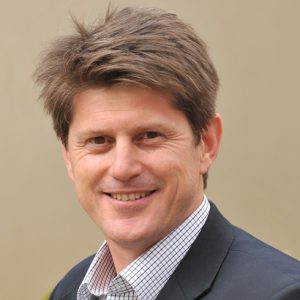 Rates Cut Has Been Boost for Market Sentiment

The March 28 announcement of a repo rate cut of 25 basis points, coupled with Moody’s decision to leave South Africa’s credit rating unchanged at one notch above junk status and to also upgrade the outlook from negative to stable, are positive factors which should provide welcome stimulus for the residential property market, says Dr Andrew Golding, chief executive of the Pam Golding Property group.

And Lance Chalwin-Milton, joint managing director of High Street Auctions, says the Reserve Bank’s decision to drop the repo rate is in no way a surprise.

“If it didn’t happen at this MPC meeting, it would certainly have happened at the next. This downward nudge that brings the Reserve Bank’s lending rate to a two-year low, sends a message to investors that the central bank is bullish about the country’s medium-term economic prospects and expects core inflation to remain below five percent.

“A significant segment of SA households have in recent years exercised more restraint in their own financial planning, considering options and needs carefully before making decisions regarding the assumption of new principal debt.

“This parsimonious consumer attitude coupled with a refined national economic growth plan bodes well for rates to remain low in the medium term. This provides a measure of relief for current property owners and is a substantial shot in the arm confidence-wise for those who previously delayed investing because the economy was simply too unpredictable.”

Golding says: “These announcements are favourable for consumers and market sentiment. Firstly, with Moody’s decision another cloud of uncertainty has been lifted from the local economic landscape. The news reinforced recent rand strength and, since it follows a better than expected inflation release for February – with the inflation rate easing to just 4%, marginally below market expectations – this strengthened the case for an interest rate cut.

“The repo rate reduction to 6.5% is the first cut since July 2017. Based on the views of economists and various market commentators, interest rates are now likely to remain unchanged at this level for the rest of the year.

“While SA’s economic prospects have improved since the recent change in political leadership, growth forecasts remain relatively subdued and with consumers facing the prospect of a 1% hike in the VAT rate from April 1, the case could be made for a further modest easing in interest rates.”

Golding says interest rate cuts are always positive for the housing market. However the benefits of this modest reduction may take longer than usual to be felt as households will need to adjust to the hike in VAT and the general increase in the tax burden through the fuel levy and other tariffs such as electricity, water and property rates.

“I think now was the perfect opportunity to stimulate the economy with a rate cut. Leading up to this announcement, there have been many encouraging signs and consequent offshoots that have affected the economy positively. We applaud the decision of the monetary policy committee to make the cut, as we believe that this will continue to stimulate growth and strengthen investments,” says regional director and chief executive of RE/MAX of Southern Africa, Adrian Goslett.

With the VAT increase set to take effect in April, a lowered interest rate also alleviates some of the financial strain consumers are bound to face during this time.

“The rates cut provides consumers with some much-needed financial relief. Shrewd citizens will use this opportunity to save for future investments, or reroute the money they’re saving straight back into their bond repayments,” Goslett says.

Herschel Jawitz, chief executive of Jawitz Properties, says that with the latest inflation figures comfortably within the 3 to 6% band and the downgrade risk from Moody’s avoided for now, the Reserve Bank needed to show consistency of policy.

“If rates weren’t cut this time then I’m not sure under what circumstances they would ever be cut,” he says.

“Despite the looming increase in VAT and the petrol price levy, consumer confidence will receive a much needed boost from the rate cut. The impact of the rate cut will be a decrease of R170 a month on a million rand bond over 20 years.”

Bruce Swain, chief executive of Leapfrog Property Group, says that while it is not a significant cut, having the repo rate at 6.5% and prime lending at 10% will offer some relief to home owners.

“Our advice would be for people to put the savings this cut provides towards weathering any hikes in the future or to pay the extra funds into their home loans rather than spending it now,” he says.

According to Rudi Botha, chief executive of bond originator BetterBond, for existing homeowners this move will translate into a saving of R151 a month on a 20-year loan of R912 000 – the current average approved bond size.

“This means that the minimum repayment payment of R8 952 on such a loan will now drop to R8 801. In addition, borrowers who are able to maintain payments at the current level rather than lowering them now stand to shorten their overall loan repayment period by 12 months – and save more than R73 000 on the total cost of their home.”