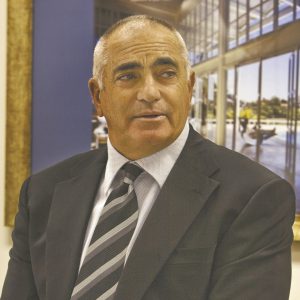 The opportunity to move investments offshore has passed, the stock market is immensely volatile and this will be the year when intensified property investment is the order of the day as the safest means of wealth protection.

That’s according to Lew Geffen, Chairman of Lew Geffen Sotheby’s International Realty, commenting on the prospects for the South African property market for 2016.

“One can’t beat about the bush; we’re existing in a fear-driven economy at the moment punctuated by repeated announcements about the currency hitting new lows, discouraging global economic data for emerging economies and the prospect of price increases across the board this year.

“People are scared. The proverbial ship has sailed now in terms of moving wealth offshore because the currency is simply too weak, it’s far too expensive to emigrate and there are few investment opportunities better than property that will guarantee a return on investment.

“This is clearly not good news for the lower income sectors, but the mid- and luxury property markets are likely to show more activity this year than in 2015, which should in turn push up demand.”

Geffen says after the 2008 global crash, the South African residential property market back-slid by between 25% and 30% across all sectors.

“In the past three years we’ve regained all that lost ground plus a bit, and we went through a stage where there was an acute shortage of residential property to meet a demand created by a growing middle class.

“This is being alleviated to some extent as new developments come on stream, but it will be interesting this year to see whether the number of new developments will keep pace with demand for the safe haven investment of property in the current economic climate.”

According to the December FNB Housing Index, residential property prices grew by approximately 6% in 2015 and Geffen expects that to increase by as much as 4% in 2016 as investors seek a safe haven against further currency devaluation. This despite a prediction of a rates increase spread across the year of at least one full percentage point.

“The Gauteng market will remain active and will grow over the next annum, but the biggest demand is likely to remain in the Cape market,” he says. “The perception is that there is a better quality of life and delivery of basic services in the Cape, as well as that it is safer. There is no doubt in my mind that in 2016 we’ll continue to see the great migration south-westwards, as we have for the past three to four years.”

Geffen says the Atlantic Seaboard office of Lew Geffen Sotheby’s International Realty achieved a record turnover in December 2015, not so much fuelled by international buyers, but by South African investors looking to secure property in the Cape.

“There is a tipping point at which it becomes insane for even the super-wealthy to move their investments offshore and economically we’re now there, but the fact remains that from the middle classes and upwards we enjoy a phenomenal quality of life in South Africa and there are beautiful properties at globally incomparable prices.

“The massively devalued currency and the lifestyle will also increasingly attract foreign buyers, but we’re likely to see simultaneous increases in protests and unrest this year as more poor people are excluded from the economy, fuelled by the drought and other factors.”

Geffen says the outlook for the South African property industry this year is definitely sunny, but it is in isolation from the rest of the economy.

“The message to South Africans is clear: if you want to protect the value of your Rand, put it into property. I firmly believe that this is the best way to safeguard your money at this stage.”