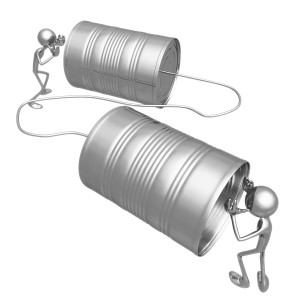 THE ABCs OF GETTING YOUR BUSINESS NOTICED BY THE MEDIA

21 April 2015: Sometimes in business, communicating with the media is thrust upon a company and at other times it’s a dialogue that’s actively sought out.

If you find yourself in the latter position, simply wanting to raise your profile or with something you want to announce that isn’t as viral as a new iPhone or as riveting as more fisticuffs in Parliament, there are several methods you can employ to increase your chances of media coverage.

No matter what the nature of your business, the first question you should ask yourself is “What audience am I trying to reach?”, because the nature of the audience will largely determine your path from that point.

And “everyone” never works as an answer. If you’re a funky young women’s fashion boutique, your audience won’t be men over the age of 50. Likewise if you run an upmarket architecture practice you can largely exclude a blue-collar audience from your messaging.

The type of media you target should therefore be the sort that is read or watched by the people with whom you want to communicate.

Once you’ve narrowed down who you’re speaking to, you need to decide on the format of the communication.

And at this point in the process, put all thoughts of press releases about “your wonderful company and its many successes” right out of your mind, because media no longer works that way. The days of publishing press releases lauding companies and brands are gone. The only response that approach is likely to elicit is “Take out an ad”. That’s if you get a response at all.

There are myriad reasons for wanting to speak to the media so it’s impossible to discuss every scenario and the correct approach, but here are two of the most common examples and a few broad-strokes suggestions to manage the process:

Raising your profile and that of your company:

If your business is industry-specific such as tourism, construction or freight, don’t forget to include trade media titles or websites into your overall planning anyway. You might not view trade media as “sexy”, but it has already captured your desired audience in its readership, so creating relationships with these titles is essential if you’re going to be reaching out with various news items over time.

For other media, refining the list of titles to your specific target audience will save you a lot of time in the long run, and avoid aggravating journalists and editors who generally drown in emails – most of them containing information that is utterly useless to their titles. The fact is that editorial departments have shrunk dramatically in recent years and the journalists who remain usually carry the workload of two to three people, so they don’t have time to wade through irrelevant material. And chances are if you’ve wasted a journalist’s time once, you won’t get a second chance because they simply don’t have the capacity to check whether your next attempt at publication hits the spot.

Just to clarify here, though, “wasting a journalist’s time” would, for instance, be sending news about a new engineering product to a mass circulation Sunday newspaper. If you send it to an engineering trade title and they’re unable to publish it at that particular time, you haven’t aggravated anyone and you can definitely approach that title again in future.

When you first email a proposal to a journalist, confine your mail to a maximum of four relatively short paragraphs and get to the point fast. If journalists open 500-word emails, chances are they’ll simply close and delete immediately unless you’re offering something overwhelmingly compelling, like compromising pictures of the Prez.

The only exception to this rule is if you’re submitting a comment (as described above), in which case you’d offer an introductory paragraph or two about the comment, then paste it into the body of the mail.

Above all, though, don’t consider getting into media as the only communication weapon in your arsenal. For public messaging to be comprehensive in the modern era, your approach needs to be co-ordinated across all channels, including your website and social media real estate.

This is particularly important if you already have a solid social media presence and following, because a rapidly increasing percentage of “news” nowadays is consumed by people sharing items on social media.

If your first attempt at getting into the media isn’t successful, don’t give up. Even communications professionals don’t have a 100% hit rate, so go back to the drawing board, refine your message even further and take a shot at another title. If you stick to the basic rules and you have something to say that really is newsworthy, it’ll eventually be published.