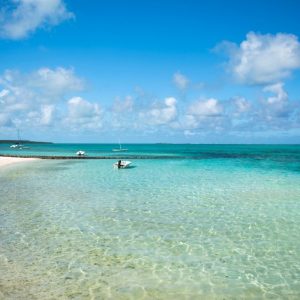 In less than two decades, Mauritius has undergone an extensive economic transformation, deftly exchanging its diffident agricultural mantle for a new incarnation; one of the most competitive sub-Saharan economies dominated by flourishing real estate and development sectors.

This is largely due to the implementation of bold initiatives to attract foreign direct investment, including restructuring the financial services sector and the introduction of the Integrated Resort Scheme (IRS) in 2002 which galvanised these previously comparatively minor GDP sectors.

Diane Watkins, Executive Director of Barnes International Realty in Mauritius, says the IRS afforded non-citizens the dual benefits of being able to purchase property on the island for the first time, as well as apply for permanent residence if their investment was valued at USD500 000 or more.

“Commercially the IRS was a phenomenal success with international purchasers and has brought substantial direct foreign investment into the country. Socially, it has been slightly less of a success because although it contributed to the employment sector and social programs it remained largely a ‘rich ghetto’ concept separating the foreign residents from their local neighbours.

“Today, the PDS structure has rectified this flaw allowing for a natural integration between foreign investors and local residents.  It has since been amended twice to meet the growing demand and changing property landscape.”

Christophe Curé is Group Property Manager for Compagnie de Beau Vallon Ltee, one of the oldest and most established companies on the island. Its mainstay remains in agriculture, but in the past 15 years its interests have expanded into hospitality and development. Curé says: “The current Property Development Scheme (PDS) not only offers foreign investors much broader scope with more streamlined application and purchase processes, but is also structured to better promote inclusive development and integrate foreign residents with the local communities.”

However, expeditious success and growth are invariably accompanied by a host of new challenges, especially in unique settings like Mauritius.

“The most fundamental and enduring challenge,” says Curé, “is the fact that Mauritius is an island and most construction materials have to be imported. It makes it that much harder to develop at the right price and maintain the high standards and quality that investors have come to expect.”

Another factor that wields considerable influence is the island’s size – or lack thereof. Covering a mere 2 040 km², development is further limited by the fact that a sizable chunk is protected with stringent preservation regulations and many other areas are of cultural or historical significance.

And whilst all new developments have had to take these factors into account, Compagnie de Beau Vallon’s flagship project is not only the first of its kind in Mauritius under the PDS; it’s also the most challenging.

Situated in the heart of a pristine coastal trip that is steeped in history and dotted with protected wetlands, Pointe d’Esny Le Village will be a sustainable, innovative integrated development incorporating residential and commercial components as well as education, hospitality and sports facilities.

Watkins says that rather than being a hurdle to overcome, Pointe d’Esny Le Village’s ecologically sensitive location is an opportunity to restore and maintain the area for the benefit of the residents as well as the area’s heritage.

“The master plan is configured in such a way so as to optimise the natural beauty and afford all the residences stunning views with frontages across the landscaped areas and wetlands while creating a sense of living within a protected environment. It’s also notable that less than 20% of the overall land footprint will be developed.”

She adds that the key underlying objective of the project is to preserve the fundamental characteristics of the largely untouched south-east region; characteristics that include a strong sense of authenticity, rich history, abundant fauna and flora and the traditions of the inhabitants. It is also being marketed at price points that specifically allow for an integration of local and foreign residents.

Considering the development site is just a tiny portion of a massive land area that has been under the umbrella of the Compagnie de Beau Vallon Ltée for more than a century, the company’s deep and intimate understanding of the region will be intrinsic in establishing a harmonious balance between long-held traditional integrity and modern progress.

Curé concludes: “Although the initiatives implemented to attract foreign investors have also precipitated the advent of new industries on the island and contributed to the substantial growth of existing commercial enterprises, real estate continues to attract the lion’s share of Foreign Direct Investment in Mauritius.

“In recent years South Africans have become increasingly dominant in Mauritius property and their buying power is contributing to the construction and real estate sector having become the second largest GDP-generator, according to statistics from the Board of Investment (BOI), now called the Economic Development Board (EDB).

“According to the EDB, South Africans account for almost a third of foreigners who have bought property on the island in recent years, as it’s one of the few places in the world where the Rand has property investment value in a major global currency (the Euro) and is only a short flight from friends and family back home.”