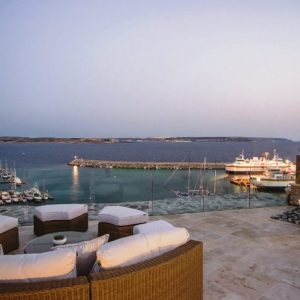 South Africans looking to diversify their real estate portfolios to include more stable markets abroad are faced with an ever-dwindling number of accessible off-shore options as the Rand continues to waver in a local downturn cycle, but there are still several windows of opportunity open to astute investors.

South Africans can get a very respectable bang for their buck as well as foreign residency in countries like Spain, Portugal, Cyprus, Malta (above) and Mauritius, which are fast-emerging as leading destinations for property investments that deliver returns. 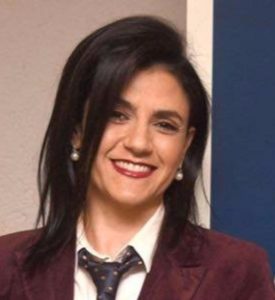 This is according to Yael Geffen, CEO of Lew Geffen Sotheby’s International Realty, who says these countries are attracting a growing number of international buyers; especially emerging markets like Malta and Cyprus, which were for many years undervalued real estate investment destinations.

However, she cautions that as they are no longer Europe’s best kept investment secrets, prices have begun to rise and experts agree that the time to move is now.

“Since the Cyprus government’s March 2014 decision to offer citizenship to foreign property investors, the largest island in the Eastern Mediterranean has grown significantly in popularity among overseas investors.

“Cyprus has already issued more than 3 300 passports to foreign investors and their families, with property owners reaping the major benefits. They are also earning a Euro-based income, with buy-to-let investments accounting for 25% of all property sales.”

Geffen explains the requirements and simple procedure to gain access to one of Europe’s most promising emerging markets: “For citizenship, a minimum property investment of €2 million is required and the application for citizenship entails a visit to the island to register biometrics and apply for a permanent residence permit which takes around six months to process.

“The application fee per adult in the family is €2000 and a Certificate Issuance Fee of €5000 is payable upon approval. The cost for minors, however, is just €80. A significant benefit of citizenship is that it’s transferable to all descendants.

She adds that after three years the investment can be reduced to €1.5m provided investors retain a residential property of at least €500 000 plus vat as their permanent residence.

In addition to accessible entry into a European country, a multitude of other compelling factors have been attracting investors to the island, including a temperate climate with around 300 days of sunshine a year, a high standard of living and a population fluent in English.

Once a country largely dependent on tourism to its World Heritage sites, Malta now has one of the strongest real estate industries in Europe due to stringent banking practices, 85 percent home ownership and major foreign investment which have become pillars of its economy.

Geffen says: “In addition to its conveniently central location, the island boasts 300 days of sun, year-round swimming in the azure Mediterranean Sea, tax efficiency, an English-speaking work force and a wide range of properties from modest apartments to magnificent villas.

“Malta’s citizenship by investment program (Malta IIP) offers naturalisation to those foreign investors who make a substantial investment in Malta and show genuine ties to the country. The island has been a full Schengen member of the European Union since 2004 and passport-holders enjoy full rights to live, travel and work in Europe.”

The success achieved in emerging economies which have introduced schemes to attract foreign investment has not gone unnoticed and a growing number of countries are following suit.

Portugal launched its ARI/Golden Visa scheme in 2012 and it has fast become one of the most popular European property investment schemes.

“There are minimal residency requirements; investors and their families naturalise for citizenship after six years and tax is only payable if you spend more than 183 days in the country,” says Geffen.

Investors have a variety of options that will grant them residency or citizenship in a prominent European country:

Investment in real estate with a minimum investment of €500,000;

Spain is another central European country which now welcomes foreign investment and the recently implemented Spanish Golden Visa (or “Property Visa”) grants investors automatic residency when they purchase property for €500,000 or more.

“Applicants are not restricted to residential property and will enjoy the same benefits if they purchase commercial property, land or a combination of properties.

“And, unlike the wealth visa, the golden visa does not require you to be in Spain 183 days of the year, although you have to visit at least once a year. However, permanent residency will only be granted if you have lived in the country for five years.”

She adds that investors also have the options of investing €1 million in Spanish Government Bonds, company shares or private investment funds.

Closer to home, Mauritius has become a firm favourite with South Africans who are not only buying property on the island but also moving their families and companies to more tropical climes where an investment of $500 000 or more secures permanent residency.

“South Africans have become increasingly aware of the long and short-term financial gains of investing in Mauritius and South Africa now accounts for almost one fifth of foreign direct investment in Mauritius and around 40% of the buyers in property development schemes.

“Mauritius offers social and political stability, it has a strong and diversified economy and a sophisticated financial services industry as well as an educated bilingual workforce and a pool of skilled and qualified professionals.

“Mauritian taxation is also more favourable to both individuals and corporate entities, which are taxed at a flat rate of only 15%. Additionally, there is no Capital Gains Tax and Mauritian authorities do not require any Estate Duty should an owner pass away. Since the permanent residence status is tied to property owned, it also becomes part of an investor’s estate and can be inherited.”

She adds that because so many local brands are now available in Mauritius, South Africans can still watch DSTV and shop at their favourite stores like Woolworths.

“A visit to a mall won’t have them feeling as if they have been shopping in a foreign country.”

She concludes: “This is truly the right time to invest as prices will increase in line with demand and the Rand is unlikely to strengthen for some time.

“Lew Geffen Sotheby’s International Realty works closely with our affiliates in these countries to offer local investors the best investment opportunities and guidance.”

Read the latest real estate news here on My Property