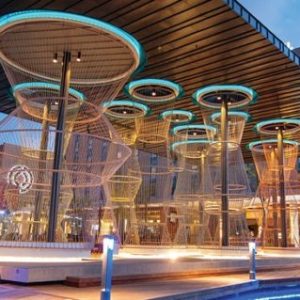 Climate change is a new reality that is likely to hit many more cities in the upcoming years. But, according to Wesgro, Cape Town and the Western Cape is coming back stronger from its severe drought, and the joint response from government, business and the travel industry is emerging as best practice for promoting water-wise practices in the face of climate change.

Club Travel md, Wally Gaynor, said he had not seen cancellations on the domestic corporate side, but a large international conference, set for May, has been cancelled.

For the most part, TMCs are advising that their clients travel as usual. Marco Cristofoli, coo of BidTravel says this is because the Western Cape government has made it clear that “it is business as usual in Cape Town”.

He says that while BidTravel would usually rely on its suppliers to provide guidelines and recommendations to travellers on how they can be more water conscious, in this case, the company felt it also had a responsibility to communicate to its clients via its own channels, which has been well-received.

One zf the biggest issues has been the way the water crisis was initially communicated, says Marco Ciocchette, ceo of XL Travel. “There was no need to alarm tourists… Firstly, because they are not inconvenienced at hotels and, secondly, because by alarming them they just won’t come.”

Fighting the damage done by the widespread negative publicity around Day Zero has been a battle for many suppliers. Clifford Ross, City Lodge ce, has observed a dip in business in the Cape Peninsula, where the group has six hotels. “STR Global stats are showing a decline in occupancy over the past few months, but whether it is directly associated with the drought is not known.”

Gary Koetser and Glyn Taylor, joint ceos of the Century City Conference Centre & Hotel (CCCC & H) said from the outset that clients wouldn’t face a “taps running dry scenario”. “However, what our guests would encounter in the city outside of our precinct did raise anxiety and was more difficult to mitigate. A large percentage of conferences, particularly international associations, tend to book a year in advance so we believe the repercussions of the recent bad press will only be felt in the coming year.”

They added: “The recent water crisis has resulted in event organisers and travellers questioning whether they should still be coming to Cape Town this year. There has been a perception or misconception that this would place additional strain on the city’s water resources. However, organisations such as Wesgro have worked tirelessly at protecting this industry.”

Fedhasa Cape chairperson, Jeff Rosenberg, noted the drop as well. “Regrettably, a few of our member establishments have recorded a decline in bookings, largely due to negative media reports on the water crisis, which has created a sense of panic.”

Rosenberg believes, however, that the cohesive ‘open for business’ messaging is working. “We have seen a reduction in cancellations compared with the December-January period,” he said. He noted that members were reporting that guests at various hotels, small establishments and restaurants were very understanding and supportive of water conservation initiatives that had been put in place.