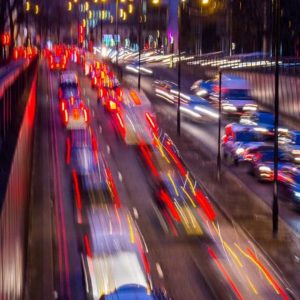 It is no secret that Cape Town’s road traffic is among the worst in the country. In fact, it was ranked as the 47th most congested city in the world by TomTom. Statistics show that 260 000 vehicles enter the CBD every day and the roads simply do not have the capacity to sustain the increasing use of private vehicles on the already straining road infrastructure. Making matter worse is that the budget allocated to alleviating congestion two years ago was nowhere near sufficient.

How do I get my travellers to make the most of their time?

Once travellers have reached their meeting destination, it is advisable for them to do as much as possible within that precinct, rather than attempt to travel to various places for different meetings. Gary Koetser, joint ceo of Century City Conference Centre and Hotel says: “Once you’re here, you simply don’t need a vehicle anymore. Century City is a secure, self-contained work, play and stay destination. We are centrally located to everything in Cape Town, but at the same time this precinct epitomises the concept of an all-inclusive destination.”

Venues must also do their part to alleviate congestion. Adds Koetser: “Century City as a precinct understood that to avoid similar congestion after the Conference Centre was built, that upgrades to the local road network would be essential and set aside some R80m for this process. The innovative plans included the upgrading of Sable Road and the Sable Road bridge intersection including additional lanes, a new exit out of the Bridgeways precinct just a block away from the Conference Centre and the radical reconfiguration of the traffic lanes on the bridge to access the N1. The centre was built with a traffic management framework already in place that reduced wait time in and out of the precinct to around 15 seconds per vehicle. There are also six floors of parking for delegate and guest use.”

Glyn Taylor, joint ceo of Century City Conference Centre and Hotel says: “There are three notable changes that have come about in recent years since road congestion became a critical city issue. The first is that conferences wrap up more swiftly on the final day than they did before; both delegates and organisers tend to be slightly more stressed about the possibility of missing their outbound flights due to traffic jams or accidents that can snarl up roads for hours. The final change is increasing requests for local sustainability projects with which to engage – those within five or 10 minutes’ drive – rather than ones that are located on the far side of the city.”

Are there alternative solutions?

Cape Town has recently issued a bid for the development of the Foreshore freeway precinct which includes plans to finish or demolish the unfinished highways and to promote public transport in an effort to alleviate congestion and unlock connectivity within the city centre.

Koetser adds: “Another good advisory is that excursions must be planned in detail in advance and timed around Cape Town’s morning and afternoon rush hours. Leave and get back before or after those periods, and always give yourself some leeway time-wise because traffic will catch you somewhere. Rather see one less attraction than jam-pack the day, fall behind schedule and panic. Your conference venue should be able to assist with expert advice and tour options to meet all your requirements.

Terence Duckitt, gm of Mandela Rhodes Place says that when possible, they encourage their guests to walk. “It is safe to walk in this vicinity during the day. Congestion is a major issue, and as such we offer our guests complimentary transfers from the airport, as well as within the City Bowl. We also have extensive partnerships with key transport company and MyCiti Bus, which allows our guest to access venues and see sights without adding another vehicle to the road.”