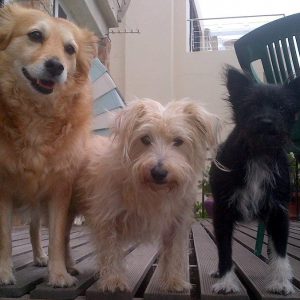 South Africans are known to be animal lovers and thousands of households regard their four-legged friends as family, but across the major metros it’s becoming increasingly difficult to find pet-friendly rental properties as more landlords and body corporates adopt “no pet” policies.

In Cape Town, soaring demand for rental accommodation has sparked stock shortages and skyrocketing prices, especially in the lower and middle markets of the most sought-after suburbs where the flood of semigration is making house hunting a progressively odious task.

However, the situation is exacerbated for pet-owners who are faced with a shrinking pool of animal-friendly accommodation, especially on the Atlantic Seaboard and in the Southern Suburbs where fewer than 10% of rental properties allow them.

And the picture isn’t much better for pet owners in Gauteng or on KwaZulu Natal’s desirable north coast, where, according to veteran realtor Manny Testa, luxury estates’ pet policies are actually impacting property values.

“It has also become an issue in the sales market where we are seeing more and more sectional title and cluster developments imposing an outright ban on pets. This severely limits buyers’ choices, especially in the lower to mid-markets, which on the Atlantic Seaboard means anything from around R2 million to R10m.”

Lorraine-Marie’ Dellbridge, Rental Manager for Lew Geffen Sotheby’s International Realty in Cape Town’s Southern Suburbs says: “People assume that because the suburbs are traditionally family-oriented there would be more pet-friendly accommodation available, but it’s simply not the case anymore. Most landlords these days equate animals with damage, and this sometimes even extends to smaller pets like birds and fish.”

Dellbridge adds that at least 25% of their vetted and financially stable prospective tenants request pet-friendly accommodation and that it’s becoming increasingly difficult to find them homes in the ever-diminishing store of available accommodation.

“Desperate people who love their pets often continue the search until the 11th hour, but sadly it’s no longer uncommon for accommodation-seekers to eventually resort to re-homing or even surrendering their animals when they fail to find somewhere to live that will allow pets.”

The situation in Johannesburg doesn’t yet appear to be as dire for pet lovers as it is in Cape Town, but Shaun Groves, Lew Geffen Sotheby’s International Realty Rental Manager in Gauteng, says it’s become a notable emergent trend, especially in certain suburbs.

“Sandton landlords, in particular, are very wary when it comes to pets and Fourways is not far behind with yet another well-known complex’s body corporate recently amending its rules to a no pet policy”.

“We are also seeing body corporates effectively granting ‘life rights’ to existing pets, meaning when your current animal passes you’re not allowed to replace it.”

Testa, Principal at Sotheby’s International Realty in Durban North and Umhlanga, says the outlook for pet owners seeking accommodation on KZN’s north coast is just as bleak as Cape Town and Johannesburg.

“When you find a unit in a security complex or estate that allows pets – whether it’s to rent or sell – you’ll move it incredibly quickly simply because the demand for secure pet-friendly accommodation is so much greater than the supply,” says Testa.

He cites the example of the Mount Edgecombe Country Estate, where on Estate 1 residents are permitted to keep any breed of dog if they obtain permission, but on Estate 2 no dogs that weigh more than 22kg are allowed – no exceptions granted.

“In my experience it’s a lot easier to move property on Estate 1 and we see more demand for homes there because people know they can live with their dogs, which they generally consider to be members of their family”.

“I firmly believe landlords and body corporates are wrong in their approach; people who love animals and own pets put down deeper roots because pets tend to be a 15-year commitment. Most are not fly-by-nighters and they are usually more solid members of the community,” says Testa.

Dellbridge, who had been in the industry for many years, agrees. She says that in her experience there are numerous advantages to accepting tenants with animals, especially in the current market.

“In the more sought-after suburbs, landlords can charge and achieve higher monthly rentals if they allow animals, as most pet owners are very happy to pay a premium for a pet-friendly home”.

“They’re also likely to be more stable and responsible long-term tenants who will appreciate and take care of the property because they know that finding another suitable home wouldn’t be easy.”

In many Johannesburg suburbs the situation is reversed and supply currently outweighs demand. Groves believes it makes financial sense for landlords and body corporates to carefully consider their pet policies rather than lose money while they wait for suitable tenants without animals.

“We recently listed 28 units in Sandton and my immediate advice to the developer was to amend body corporate rules to make it pet-friendly as there are a plethora of rental units available in Sandton at the moment but very few that allow animals.”

Dellbridge, Testa and Groves believe that most pet-owners would gladly pay an additional “pet deposit” but advise that where a standard two-month deposit is required, a hefty additional pet deposit could price the property beyond most budgets.

Dellbridge also suggests that landlords willing to allow pets would enjoy greater peace of mind if a pet-related addendum is included in the lease agreement and pets are formally noted.

“Both the tenant and the landlord should have clear expectations and it is reasonable for a landlord to restrict the type, size and number of the pets allowed”.

“It should also be noted that the tenant agrees to maintain a high standard of cleanliness and sanitation, and to monitor noise or disturbances to neighbours.”

Lynn Stacey, a Bantry Bay resident who owns an investment property in Sea Point, says that initially the body corporate was vehemently opposed to pets in the complex but after reaching an agreement, she is now able to rent out her property to pet owners.

“We now allow pets with prior permission, and we have a simple set of rules that tenants agree to adhere to. If they don’t, we deal with it immediately and they are given three opportunities to comply after which they face eviction”.

“However, so far we have had no problems at all. I really believe that it is an educational process and the anti-pet sentiment is often a result of ignorance.”

Lew Geffen, Chairman of Lew Geffen Sotheby’s International realty says: “There is no doubt that densification is the future face of every city in South Africa, just as surely as people will continue to want to keep pets”.

“In such a tight national economy when bonds still have to be serviced and rental properties can’t stand vacant for months, somewhere along the line there is going to have to be more compromise”.

“If trustees and landlords want to maintain standards by having their choice of the most desirable residents out of the entire pool of home seekers rather than simply the best of those who don’t own animals, then more flexibility will be needed in the property marketplace.”