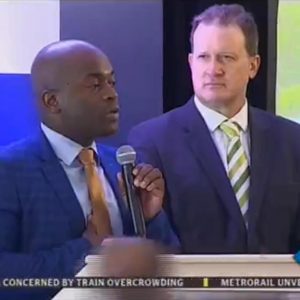 South African auctioneering scuttlebutt says a higher than usual quota of weird and wonderful has found its way under the hammer over the past year, along with a bushel of downright odd lots (and the scuttlebutt, which was sold too!)

Bidding was fierce across the stranger catalogue items offered by auction houses affiliated with the SA Institute of Auctioneers (SAIA), according to its Public Relations Director Joff van Reenen.

While the tanker and property lots earned the biggest bucks for their sellers, the auction of the sets from Black Sails was one of the largest crowd-pullers of the year; packed to the rafters with treasure-seeking fans wanting a keep-sake from their favourite dose of small screen pirating skulduggery.

Angela Duncan of Alf Duncan Auctioneers in Cape Town says the sale took place at the film studios just outside Somerset West in July 2017 and everything including decor was for sale – but not the actual ships that had during construction each demanded the labours of approximately 300 craftsmen.

The Emmy Award-winning series set in the 18th century ran for four seasons and was widely regarded to be a prequel to Robert Louis Stevenson’s Treasure Island.

Liquidity Services’ Auctioneer Casper Rossouw cannot be blamed if, every time he ventures out for rural sales, he is plagued by visions of missing mechanical bits.

He explains: “I auctioned a farm and its contents. A bar fridge was up for sale and a farmer asked me if it worked. I responded with a joking ‘yes; listen to how silently it runs’, because it was stacked among other lots and clearly not plugged in.

“Unfortunately during dispatch I noticed that it had no motor. I felt bad for the guy, but it was a sold lot.

“A few months later the same gentlemen attended another auction. Afterwards I politely asked about the fridge and if he was happy with his purchase.

“He replied ‘yes the fridge is great and very quiet’. Then he then asked if I knew how to lower the thermostat because he wanted it just a bit colder.

“Auctioneers are rarely floored, but I had absolutely no response. I just walked away.”

Rossouw’s second ‘mechanical moment’ also happened in the sticks. “A bidder bought two bakkies. After the auction he told his staff that he’d drive the one to his farm nearly 200km away, they should load his other purchases on the second, then follow him. 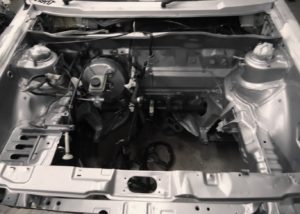 “You have to picture the scene; gravel roads all the way, very patchy phone reception at best and the sun heading for the Western horizon.

“The guys loaded everything, climbed in and turned the key a few times, but it wouldn’t start.

“Their first thought was flat battery, so they popped the bonnet – only to find the vehicle was entirely minus engine! The poor guys were stranded in the middle of nowhere with a full but useless bakkie, the sun was setting and they had no way to contact the farmer.

“The take-away lesson from this is always view before sticking up your hand to bid!”

Ariella Kuper, MD and Co-Founder of online auctioneers Clear Asset, landed a bumper lot when the company was tasked with selling an oil tanker in December that had been under judicial arrest in Durban Harbour for the preceding 18 months.

Kuper says the auction attracted interest from bidders as geographically divergent as Asia and Nigeria and it took 45 minutes for a Chinese buyer’s bid to see hammer fall at US$12 million.

Van Reenen, whose dual hats cover his roles as SAIA’s Director of Public Relations and Director and Lead Auctioneer at specialist property sales house High Street Auctions, has pulled off two auction firsts in the past year – both in the Tshwane metro – and that’s not counting his celebrity-centric charms exercised on behalf of Nkosi’s Haven that coaxed an incredible R1.2 million out of bidders for a series of photographs taken by Hollywood action legend Antonio Banderas.

Van Reenen’s most headline-grabbing coup was making SA auction history by knocking down a city’s official mayoral residence, in less than two minutes. 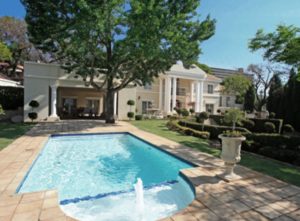 “Tshwane’s mayoral mansion in Muckleneuk fetched R5.1m after spirited bidding at our final sale of the year, and Mayor Solly Msimanga was there on the day to see it go.”

The property, that Msimanga refused to occupy, was a scandal-plagued asset register entry that had been subject to a corruption probe relating to the previous administration’s R12m renovation.

Says Van Reenen: “Possibly the most heart-warming thing about this sale is that the proceeds of one house will put roofs over the heads of more than 40 families.”

Another of Van Reenen’s lots over the past year that garnered many column inches was the country’s first auction of a (completely unoccupied) 8.5-hectare cemetery in the Greater Tshwane metro.

“With all permits in place for 12 500 plots the return on investment presented by this enterprise was heavenly.

“Bad joke potential aside, though, planning permission for cemeteries is complicated for obvious reasons, and these bankable gems therefore rarely come to market. Private cemeteries are enormously lucrative ventures because with ever-dwindling space in existing cemeteries, pricing per plot starts north of R10 000.”

Van Reenen says the sheer variety of goods sold at auction last year, valued at hundreds of billions of rand, shows the success of the model for both buyers and sellers.

“Auctions are globally regarded as the most transparent sales method there is, and a win-win for both sides of the table. A fair value is ascribed the by the market on the day rather than pegged artificially high by the specific industries involved in the trade of those goods.

“I often describe it as sales on steroids because of the speed at which auction houses can make liquid those assets that sellers no longer regard as core to their businesses, services or lifestyles. “

Van Reenen says it is critical, though, to only conduct business with reputable auction houses that are registered, legally compliant and subscribe to an industry code of ethics. A full list of SAIA-accredited auctioneers can be found at www.auctioneering.co.za