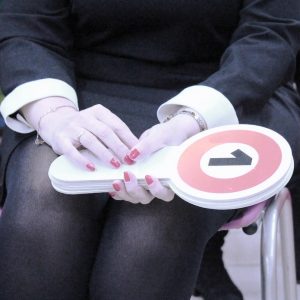 South Africa’s extended sojourn in the economic doldrums has created a miasma of despondency across the nation over the past year, and it’s knocked the stuffing out of much of the real estate industry.

One sector continues to lead a seemingly enchanted existence through the pervasive gloom, though. But while most would expect distressed sales to be the reason that property auctions are currently flying high, that couldn’t be further from the truth says Joff van Reenen, Lead Auctioneer and Director of specialist real estate company High Street Auctions (HSA).

“In 2017 the company shattered its all-time individual sale by volume record twice, the assets being auctioned were bigger and the vast majority of auction lots we sold were put up by Funds and REITS making portfolio adjustments, corporates disposing of assets and private sellers diversifying their investments.

Van Reenen says it’s fortunate that the bulk of the property auction industry’s business is Fund and corporate-based, because the process of corporate asset adjustment occurs through all economic cycles.

“Asset registers are assessed frequently for surpluses or redundancies and especially in economic downturns the speed at which a property can be sold at auction compared to through traditional brokers is something corporates find very attractive because it’s a successful, tried-and-tested way to turn non-core assets in cash.

“The sales model also better serves their needs, because once the hammer falls it is standard for the full purchase price to be paid within a month. The transparency, agility and speed are a transactional triangle that works for boards and shareholders, which is among the reasons so many of our clients have been with us for years.

“Sellers and buyers benefit; the latter because they can acquire assets at fair market value as determined by demand on the day, and there are frequently exceptionally good deals to be found.”

Van Reenen says property with a total value of around R4 billion went under the HSA hammer in 2017, with three dominant themes emerging during the year, largely affecting the non-residential sector. 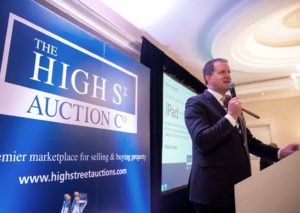 According to Lightstone analytics, commercial and industrial real estate in South Africa comprises only 18.3% of the total market in Deed terms, but Van Reenen says it’s in this sector generally where the biggest values per individual property lie. According to Lightstone, commercial transactions to the value of some R127 billion took place across the country in 2016, with Gauteng claiming the lion’s share.

Van Reenen certainly expects the auction sector of this market to have performed equally well in 2017. “Drilling down, the year was huge for retail. Never before have we seen so many shopping centres come onto the market. Previously there might have been one or two a year but they’re now featuring in almost every auction, they’re among the most expensive lots and there’s apparently bottomless buyer appetite for these assets.

“Two years ago it would have been unheard of for the hammer to fall north of R100m on regional centres, but it’s been a frequent occurrence in 2017 and it’s been lucrative for both buyers and sellers.

“The big property funds have been actively reorganising and consolidating their portfolios over the past year, which is why we’re seeing this unprecedented volume of high yield regional and suburban retail hubs hitting the market.

Van Reenen says the second trend that was driven hard by the market in 2017 was demand for industrial space.

“There’s been little differentiation between bidding on well-situated land to develop warehousing and demand for warehouse space that’s already be modernised; the latter commanding premium prices.

“We’ve seen much of this demand concentrated in Gauteng; the central distribution hub of the SADC region for goods moving inland from South Africa’s busiest port, which is Durban. According to Transnet, some 3 000 trucks pass through the port every day. In 2016 the cargo terminals processed more than 2.6 million standard containers and much the same volume was expected for 2017. If just half of that was inbound cargo, it still needs a massive amount of warehousing space.”

Van Reenen says the final definitive trend to have emerged in 2017 related to pre-zoned land. “Whether industrial, commercial or residential, there’s competitive bidding on auction lots we offer with zoning redevelopment processes already complete and those properties are snapped up fast.

“It’s a good indication that a substantial amount of private sector money is earmarked for development projects they want to start sooner rather than later, despite the prevailing economy.”

In terms of 2018, Van Reenen says while the auction sector is more immune to general property market fluctuations, much will depend on the structure of the country’s political leadership and its effect on both international and local business and investor confidence levels.