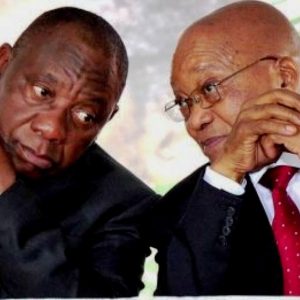 The property industry has reacted with delight to the appointment of Cyril Ramaphosa as President of South Africa.

Industry leaders say the election of Ramaphosa as head of the ANC and his subsequent swearing in as president of the country has already had a positive impact.

“We are already seeing the effects of this new-found confidence in the property market, as reflected in the steadily rising number of bond applications attaining approval since the ANC conference in December when Cyril Ramaphosa was elected as the new president of the organisation and the country began to anticipate Zuma’s resignation,” says Botha.

CEO of Leapfrog Property Group Bruce Swain says Ramaphosa laid out a clear roadmap in his State of the Nation address for tackling issues — from corruption to job creation to improved infrastructure development.

“It would seem that the ‘Cyril Spring’ is in full swing,” said Swain. “Leapfrog Property Group shares the cautious optimism that millions of South Africans are experiencing.

“Optimism notwithstanding, much will rely on the upcoming budget speech in terms of how many of these projects will be funded and what burden that will place on the already strained taxpayers,” said Swain.

Chairman of Lew Geffen Sotheby’s International Realty Lew Geffen says the property market has come alive over the past couple of months in anticipation of a Ramaphosa presidency.

“The massive leap in the performance of the rand on the international market shows that the world is as confident about this new era as we are within the country and that the turnaround time has come,” says Geffen.

Lead Auctioneer and Director of property sales house the High Street Auction Company Joff van Reenen says: “In terms of property, while 2017 was a strong performance period for the auction market I have no doubt we’re going to see an even busier year ahead as investors gear up for greater economic prosperity overall.

“We will see far more market activity – especially at the higher end across the industrial, commercial and residential sectors – and prices are certainly going to experience a steadily rise with the increased market momentum.

This is the shot in the arm that the property industry needed to start the year. I’m confident it’s going to be sustained over the medium term.”

BetterBond statistics show an average 10.8% growth in the percentage of applications approved from October to December last year, with December ending on a conversion ratio of 62%, says Botha.

“That is a remarkable increase from the previous year. The lower decline ratios and increase in approval rates show that the confidence of the banks has also improved, and that they are keen to lend to home buyers who are able to meet their credit, employment and deposit criteria.”

Says Geffen: “I’m extremely bullish about Cyril Ramaphosa’s ability to lead South Africa into a period of economic prosperity. He is a man of action, he understands business and in property market terms we’ll see equilibrium returning very soon.”