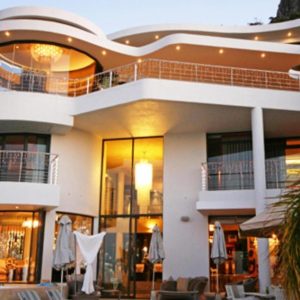 A dozen prime Cape properties, including a highly desirable Cape Town central business district CBD commercial space, and one of the Atlantic seaboard’s most spectacular mansions are being sold by High Street Auctions this month.

The properties are among more than 70 lots that will see High Street Auctions (HSA) again smash the SA real estate auction record with stock valued at R1.2 billion being offered in the month of November.
The first sale took place on November 8 and the final sale of the year will be held on November 29.

HSA Lead Auctioneer and Director Joff van Reenen said he had rarely if ever seen such a first class collection of Cape properties coming to market at the same time.

“Eight of the properties are situated within the Cape Town metro and every one of them is exceptional, two are in the Winelands, one in Eland’s Bay up the West Coast and the final Western Cape lot is in the millionaire’s playground of Plettenberg Bay,” said Van Reenen.

“A showpiece among our Cape sale lots this month is a designer mansion perched high on the slopes of Lion’s Head in Fresnaye. Head Road has been one of the most exclusive and expensive residential streets in SA for decades and this property is one of the best on the street.

“The residence is four storeys of angled architecture and curved glass that offers a 360-degree outlook and one of the most spectacular ocean views in Cape Town.”

“According to Sapoa’s October 2018 office vacancy report the Cape Town metro continues to have the lowest overall office vacancy rate among SA’s five major metros, at 7.2%.

“It’s simple supply and demand; while there is high demand there will be buyers interested in investing in commercial property in prime locations to cater to this market. 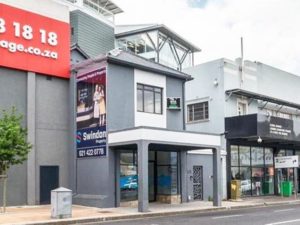 The Cape Town CBD, adjacent to Gardens and Claremont properties are:

Van Reenen says among the most valuable investments for developers are unrenovated properties in up and coming business hubs in Cape Town.

“Two areas in particular Sea Point and Woodstock have for some years now been attracting capital investment running to hundreds of millions and unrenovated properties are highly desirable.

“The suburbs are increasingly mixed use with substantial residential sectors, burgeoning retail to service residents and commercial spaces to cater to the trend of a one stop live work play lifestyle.” 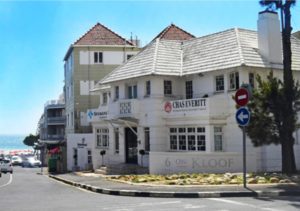 The elegant old double-storey house at 6 Kloof Road in Sea Point, just a few steps away from Regent Road and a block from the Promenade, is prime redevelopment property says Van Reenen.

“It sits on an erf of 466m² and is zoned General Business 5. Its location makes this building ideal to become a boutique

Van Reenen says Woodstock has also undergone massive transformation, earning a reputation as Cape Town’s design and foodie hub. hotel, a high-end events venue or perhaps even an upscale clinic. Buildings like this are rare finds so bidding will be spirited.”

“200 Victoria Road has a GLA of around 790m² and currently comprises retail on the ground floor, with the two floors above converted into modern student apartments. It’s also zoned GB5 and there are no heritage restrictions.”

Other Cape lots on offer include:

Van Reenen says the auction on November 29th, when 11 of the Cape properties go under the hammer, will be one HSA’s largest ever by volume and stock value.

“We will be running dual sales rooms; a virtual floor at the Mount Nelson Hotel in Cape Town, which will link up with our main floor at Summer Place in Johannesburg.”