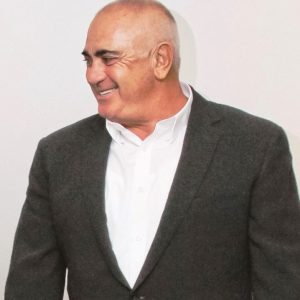 BusinessTech: Ramaphosa ‘the spark to turn the tide of economic decline’

Lew Geffen, chairman of Lew Geffen Sotheby’s International Realty, says that the election result that saw deputy president Cyril Ramaphosa assume leadership of the ANC, is “nothing less than a direct cardiac adrenaline shot to business confidence, both nationally and globally”.

Ramaphosa won the battle to be the next president of the ANC, having secured the most votes at the party’s 54th conference on 18 December 2017.

“It’s the best possible outcome for South Africa; the spark we’ve needed to turn the tide of economic decline and to prevent the country from becoming a permanent feature on ratings agencies’ junk lists. 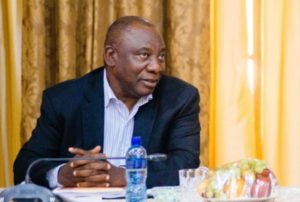 “A quick glance at Ramaphosa’s CV shows he’s the right person for the job. He boasts vast business experience in his own right, aside from his service on the boards of some of South Africa’s largest corporates,” Geffen said.

“Ramaphosa has union credentials from nine years serving as General-Secretary of the SA Union of Mineworkers and his political qualifications, including five years as Secretary-General of the ANC, are unmatched. He is therefore unquestionably the one person who has the capability to unite our fractured society and economy.

“Perhaps most crucially, though, his vast independent wealth will almost certainly put paid to any temptation to sell political favours,” Geffen said.

He said that leading the ANC puts Ramaphosa in the position of potential president-in-waiting and governing a country is like running a vast business enterprise – but on steroids.

“The bottom line is both require the same experience and credentials in their leaders, especially in emerging economies such as ours where the budget spend on social is so high and job creation is essential to the long-term success of ‘South Africa PTY Ltd’.

“That’s why the ANC’s new leaders should seriously apply their minds to whether it’s in the best interests of the country for Jacob Zuma to remain in the presidency until 2019, especially in light of the two court judgements against him last week relating to the State Capture report.”

Geffen said the property market in 2018 will show swift and significant improvement on the back of Ramaphosa’s election, because the currency will strengthen and investor confidence will grow.

The rand advanced by 13% in 2017, making most of those gains after Ramaphosa was elected ANC president.

“Positive sentiment will drive the economy, which as a whole has been immobilised for months waiting for this election process. With this result we can now see light at the end of the tunnel, and for the first time in ages it isn’t an oncoming train,” Geffen said.

Dr Andrew Golding, chief executive of the Pam Golding Property group said it is expected that South Africa’s residential property market will continue to maintain its resilience, reflecting an ongoing healthy appetite for property investment – particularly in major metros and key hubs in 2018.

“From a housing perspective, the fact is there is a pent-up demand from a groundswell of aspirant buyers wanting to acquire a foothold in the property market, while others in the marketplace – both first-time buyers and existing homeowners – are seeking homes to buy or rent as career and lifestyle changes dictate a change in address.

“Another favourable indicator is that developers are continuing to bring new products to the marketplace across a range of price bands in response to the demand for residential property in key growth nodes in Cape Town, Johannesburg – including the ‘New North’ of Fourways, Pretoria East, the KwaZulu-Natal North Coast and also Port Elizabeth.”

Samuel Seeff, chairman of the Seeff Property Group pointed out that the finance minister, Malusi Gigaba, painted a subdued outlook in his mini budget in October. “While by no means gloom and doom, it is a period of prudence ahead for property,” Seeff said.

“While looking forward to a busier summer period, especially the first part of the year when there is always higher activity, the biggest challenge for the economy and market remains the unstable political climate and poor economic decisions making,” he said.

“That said, history has shown SA property to be a good investment with growth rates that generally outpace inflation during a positive economic phase as we have seen over the last few years. Property remains a good investment, especially if it is your primary home.”