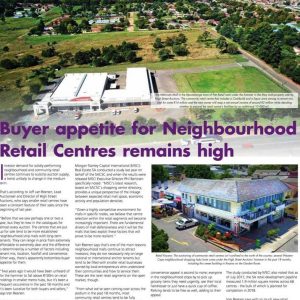 Demand for Retail Centres Still Up There

That’s according to Joff van Reenen, Lead Auctioneer and Director of High Street Auctions, who says smaller retail centres have been a constant feature of their sales since the beginning of last year.

“Before that we saw perhaps one or two a year, but they’re now in the catalogues for almost every auction. The centres that are put up for sale tend to be more established neighbourhood strip malls with long-term tenants. They can range in price from extremely affordable to extremely dear and the difference is determined by a number of factors including tenant mix, location, footfall and convenience. Either way, there’s apparently bottomless buyer appetite for them.

“Two years ago it would have been unheard of for the hammer to fall above R100m on retail holdings in smaller metro hubs, but it’s been a frequent occurrence in the past 18 months and it’s been lucrative for both buyers and sellers,” says Van Reenen.

According to the SA Council of Shopping Centres  (SACSC), South Africa has the 6th most shopping centres in the world. Morgan Stanley Capital International MSCI Real Estate SA conducted a study last year on behalf of the SACSC and when the results were released MSCI Executive Director Phil Barttram specifically noted: “MSCI’s latest research, based on SACSC’s shopping centre directory, provides a unique perspective of the linkage between expected retail mall space, economic activity and population densities.

“Given a highly competitive environment for malls in specific nodes, we believe that centre selection within the retail segments will become increasingly important. There are fundamental drivers of mall defensiveness and it will be the malls that best exploit these factors that will prove to be more resilient.”

Van Reenen says that’s one of the main reasons neighbourhood malls continue to attract investors; they do not necessarily rely on large national or international anchor tenants but tend to be filled with smaller retail businesses owned by local entrepreneurs who understand their communities and how to service them. These are the rarer retail segments on the open market, though.

‘From what we’ve seen coming over across the podium in the past 18 months, most community retail centres tend to be fully tenanted with a low turnover because space isn’t expensive and customers pop in frequently, giving them fairly high footfall. Their convenience appeal is second to none; everyone in the neighbourhood stops by to pick up grocery items they need urgently, see their local hairdresser or just have a quick cup of coffee. Parking tends to be free as well, adding to their appeal.

“That’s exactly what investors seek stable tenancy and high footfall which is why these centres are doing so well at auction.”

Van Reenen says smaller retail centres have come on the market more frequently as a result of large property funds actively reorganising and consolidating their portfolios; a trend that started in early 2017. 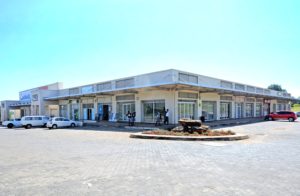 The Mkhondo Mall in Mpumalanga went under the hammer in the May multi-properly sale by High Street Auctions. The community retail centre that includes a Cashbuild and a liquor store among its tenant mix, sold for some R14 million.

According to SACSC, retail supply in the small town markets is likely to achieve double-digit growth until 2020. The Mpumalanga, Limpopo and Eastern Cape provinces combined contribute 82% of the overall retail pipeline in the small settlement-type markets. The study conducted by MSCI also noted that as of July 2017, the SA retail development pipeline measured 1.9 million square metres across 68 centres the bulk of which is planned for completion in 2018.

Van Reenen says with so much new retail development in the pipeline, it’s natural that smaller centres that have been around for a few years will float to the top in the process of corporate asset adjustment, which occurs through all economic cycles.

“Asset registers are assessed frequently for surpluses or redundancies and especially in flat economic periods the speed at which a property can be sold at auction compared to through traditional brokers is something corporates find very attractive.

“The sales model also better serves their needs, because once the hammer falls it is standard for the full purchase price to be paid within a month. The transparency, agility and speed are a transactional triangle that works for boards and shareholders, which is among the reasons so many of our clients have been with us for years.

“Buyers also benefit because they can acquire assets at fair market value as determined by demand on the day, and there are frequently exceptionally good deals to be found.”