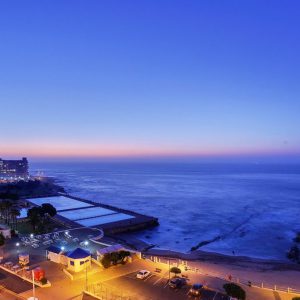 In life, according to the late British Prime Minister Benjamin Disraeli, one will encounter three kinds of lies: “lies, damned lies, and statistics”.

It’s the latter — by at least a country mile — that causes the most problems in the property market. Both industry and consumers share equal blame for cherry-picking the numbers that suit their current narrative, and discarding by the bushel others that may offer a different and sometimes more unpleasant big picture.

But while there’s a measure of comfort in taking the ostrich approach, selective employment of statistics is jeopardising the future stability of South Africa’s last remaining consistently lucrative investment region, which is the Western Cape and Cape Town in particular.

One of the most significant drivers of the region’s rampant but satisfying house price inflation rate for sellers in recent years has been the now firmly entrenched culture of “semigration”; a net inflow of repeat buyers into the province from other parts of the country, particularly Gauteng. Cape Town’s peak was in early 2016, when the Gauteng property market was still vibrant, despite an ailing national economy. In the intervening months, though, the picture has changed significantly across the country, although this wouldn’t be immediately apparent if one was to look at the Cape Town market statistics in isolation.

A Property Barometer compiled by FNB reviewing the Cape Town market over the second quarter of 2017 paints a fairly rosy picture – at least at the beginning. Using Deeds Office data, FNB compiled a set of house price indices for key subregions in the City of Cape Town Metro using a repeat sales methodology, which was then combined to get an overall picture of the city’s property market. What they found was that in the 2nd quarter of 2017, the City of Cape Town’s estimated average house price growth rate remained in double digit territory to the tune of 13.8% year-on-year.

It’s the only major market in the country to have shown growth in double digits, and the report further notes that the Atlantic Seaboard and City Bowl are “red hot”. To quote FNB Property Economist John Loos: “On the land-scarce Cape Peninsula, the two most expensive sub-regions in the City of Cape Town Metro, i.e. the Atlantic Seaboard and the City Bowl, continued to be the hottest markets in the Metro despite some mild price growth slowing.

“Slower, but still strong, are the Southern Suburbs with 14.7% year-on-year growth, and the “Near Eastern Suburbs” including amongst others Salt River, Woodstock and Pinelands with 13.5%. The latter region has seen a noticeable price growth slowing from a high of 18.4% year-on-year in the 3rd quarter of 2016.”

That all sounds amazing and will gladden the hearts of all property owners in Cape Town; if of course they stop reading there, and don’t look at the bigger picture. The first caution comes out of the same Cape Town Metro report, which notes that “this year-on-year price growth rate represents the 5th consecutive quarter of slowing from a 10-year high of 15.7% revised rate recorded in the 1st quarter of 2016”.

But the biggest red flag for Cape Town’s semigration-driven market is when one looks at the numbers in the Gauteng market over the same period, which are nothing short of depressing. According to ENB’s property barometer for the province ‘All three of Gauteng’s major metros continue to show low single-digit house price growth. In the 2nd quarter of 2017, the City of Tshwane’s estimated average house price growth rate was 4.48% year-on-year, by a small margin stronger than Ekurhuleni’s 3.71% and City of Joburg’s 3.31%.

“With Gauteng Consumer Price Index CPI Inflation at 5.2% year-on-year for the 2nd quarter of 2017, these low nominal house price growth rates translate into house price declines in real terms when adjusted for CPI, Tshwane to the tune of 1.8% year-on-year, Ekurhuleni 1.4% and Joburg 1.8%.”

For Cape Town sellers, it’s a simple case of doing the maths. If the city’s market is being driven by Gauteng buyers who are – in real terms – in a negative market, how long can Cape Town’s stratospheric price increases last? The Cape’s market is in fact more vulnerable to the national recession because it’s almost entirely due to the sustained net inflow of property purchasers from other provinces in recent years that the region’s house price inflation has been so high.

Had the national economic outlook improved, there might not have been a problem, but if one looks at all the statistics rather than just Cape Town’s current performance, it’s clear that there’s a massive gap between the prices Gauteng home owners are likely to realise if they sell, and how much they’ll be able to afford in the Cape’s current market.

At the moment, you get roughly twice the house upcountry than you do in Cape Town on an equivalent spend. Put simply, Cape property is fast becoming an investment domain that’s unaffordable to all but the wealthy. Cape Town prices across the board are currently at a level that’s too high for even moderately prosperous Gauteng families to consider, and with a yawning property price inflation gap of around 15% between the two areas, logic dictates that at some point the lucrative stream of semigrant buyers will slow to a trickle if not dry up altogether.

So what’s to be done to safeguard the integrity of Cape Town’s housing market? How do we keep the market liquid and sellers happy without compromising the viability of its biggest support base in Gauteng, given the relatively depressing outlook upcountry?

The only way is compromise.

Despite the fact that house price inflation in Cape Town is still in the double digits, it is slowing and has been doing so for five consecutive quarters. That’s the reality of the statistics, and it means Cape Town sellers must start tempering price expectations if the market as a whole — but specifically the top end — is to survive this economically depressed period.

Gauteng sellers will be pushing back on excessive pricing to realise their dreams of living in the Cape. In an ideal world we’d be able to look at the current house price inflation figures in Cape Town in isolation and say “yep, we’re still sailing”, but unfortunately that’d be a statistical lie.

Looking at the whole picture and marketing properties that are priced according to what is nationally affordable is the only way to ensure the long term health of Cape Town’s residential market.